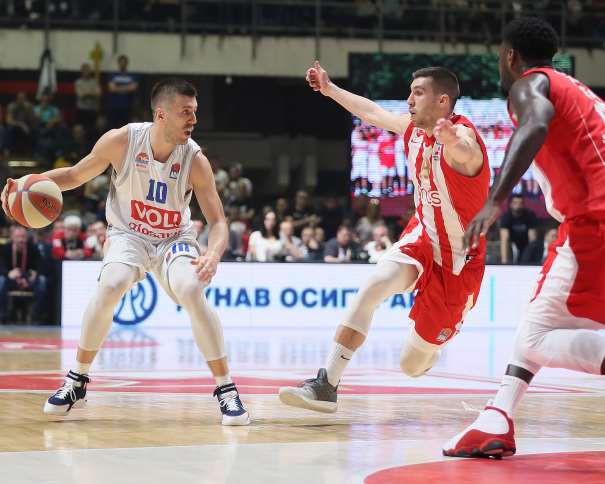 Budućnost Voli won 76 – 80 in the first game of the ABA League Final Playoff against Crvena Zvezda on the road in Belgrade and took the lead 0 – 1 in this Final Playoff.

As we could see, the team from Podgorica and the Red and Whites are fighting for the trophy and the spot in the EuroLeague next season.

In the semi-finals, Budućnost was better than Cedevita from Zagreb (2 – 1), while the Serbian team won 2- 1 (also) against Mornar from Bar. And now, these two teams will decide who will finish as the best in the regional league in the 2017-2018 season. For now, the Montenegrin team is leading.

Aleksandar Džikić’s team won as the guest in the first game and tonight is another chance for the home team to get back in the game, or for Budućnost to take a crucial lead and the chance to try to finish the Final Playoff in Podgorica, in front of their own crowd.

Winning the trophy in ABA League will be a huge success for Budućnost Voli, especially because this is their first final in regional league. But Zvezda isn’t an easy opponent and the team from Belgrade will fight until the very last second trying to defend the trophy won last year. 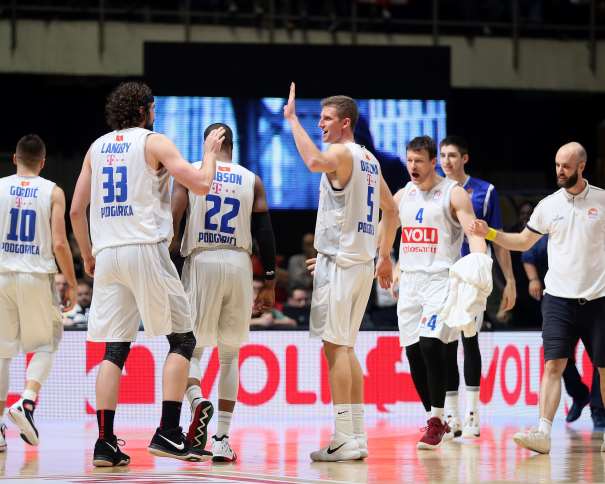 An interesting fact is that Zvezda lost in all three games against Budućnost in this season. But it is not easy to win two games in a row against the same opponent, especially if that opponent is the team from EuroLeague and when the two games are played day after day.

The man of the match, even though he wasn’t the best scorer nor the MVP of the game, was definitely Nemanja Gordić, who led his team to the road victory with 18 points, 4 assists and 3 rebounds. The best scorer was Nikola Ivanović with 20 points, 4 rebounds and 3 assists. The young Montenegrin was also the most valuable player of the match, but Gordić played the key role in the most important situations during the game.

For Crvena Zvezda, Alen Omić scored 14 points, Taylor Rochestie 13 and Stefan Janković added 12, but that wasn’t enough for the Red and Whites to celebrate in the first game of the Final Playoff.

Zvezda will, tonight, have another opportunity against Budućnost, and Dušan Alimpijević’s squad will have to be much better in order to tie the score.