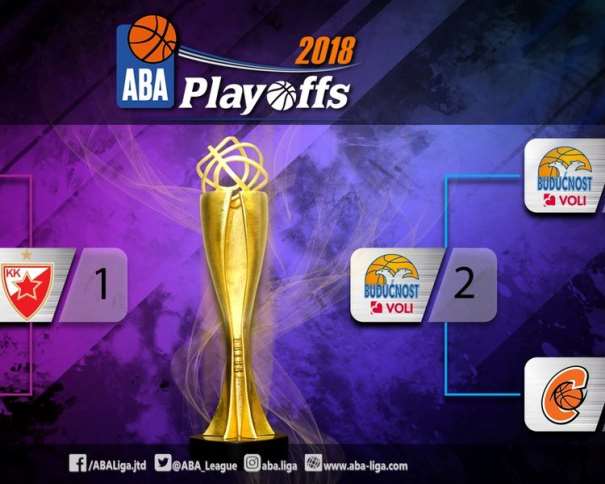 Budućnost Voli won 78 – 77 against Crvena Zvezda Mts in the third game of the Final Playoff, but this time in the Sports Hall “Morača” in Podgorica. The team from Montenegro is now one step away from winning the trophy in the ABA League.

In a dramatic ending the Red and Whites had two shots for the victory, but both James Feldeine and Mathias Lessort missed their opportunities to be the players of the match. First, Feldeine had a chance with an unguarded three point shot, and the French center failed to make a correction after he got the rebound in the last second and went for a put-back.

While they didn’t use their chances in this round, the real man of the match was Nemanja Gordić, who scored 17 points with 5 assists, 2 rebounds, 1 steal and his free point shot set the final score in Podgorica. Besides the excellent playmaker, Zoran Nikolić added 12, while three players scored 10 points each for Budućnost: Nikola Ivanović, Filip Barović and Kyle Gibson. 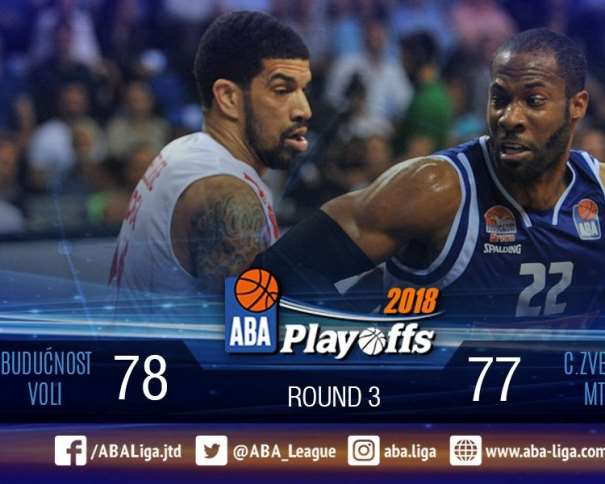 For the guests, James Feldeine scored 19, while Alen Omić had another excellent night. The Bosnian center finished the match with 18 points. The third, and the last, player with double-digits score was Taylor Rochestie who added 12 points.

During the game both teams played on an equal level, and if we look at game statistics we will see that only the last point made a difference in this game. The Read and Whites and Budućnost played on the same level, but at the end only one team can celebrate and this time it was home team.

Anyway, this is not the end, both, Zvezda and the Montenegrin team, will have their chance tonight: the Red and Whites to prolong the Final Playoff and the home team to take the trophy of the regional league and a spot in the next season EuroLeague, in front of their own crowd.