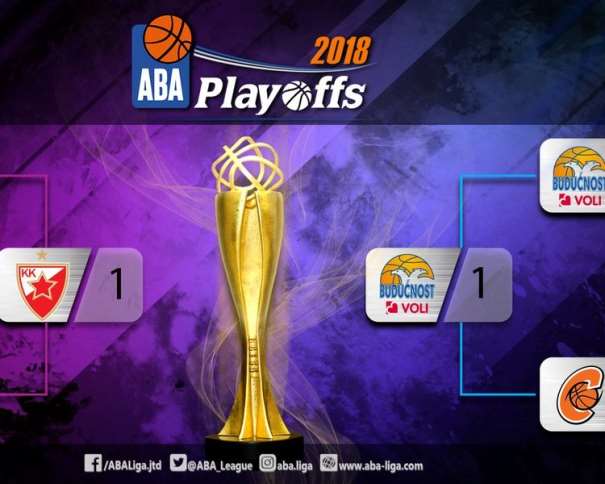 In the second game of the ABA League Final Playoff, Crvena Zvezda Mts won against Budućnost Voli with a score of 69 – 59 and secure the game 4 in this Final Playoff.

The teams from Serbia and Montenegro will move from Belgrade to Podgorica where they will continue fighting for the trophy and the spot in the next season EuroLeague.

After Budućnost VOLI made a break in the first game, Zvezda have managed to bounce back in the second Game after one more dramatic finish and now the two teams start the Final Playoff all over again, as if nothing happened, only this time the crowd will be on Budućnost’s side.

One of the main reason why hosts won was, definitely, the rebounding: the Red and Whites were much better than the guests from Podgorica, as they had 39 while Budućnost finished the game with only 24 rebounds. 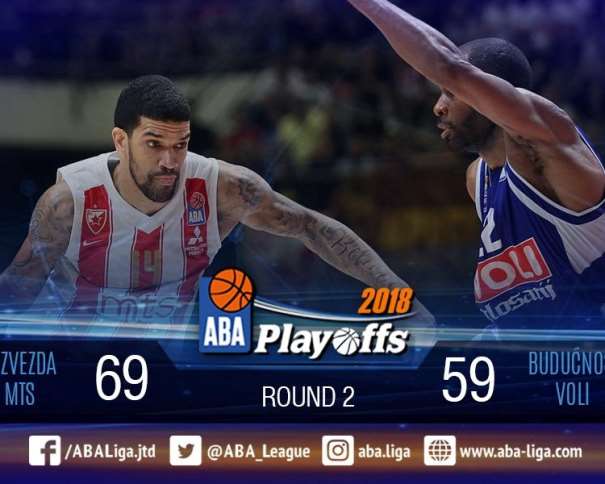 Also, the man of the match was the centre Alen Omić, who finished the game with 15 points and 10 rebounds. He was one of the guys who participate in Zvezda’s mini run when score was 60 – 59 for the home team and helped his teammates to celebrate at the end.

On the other side, the excellent playmaker Nemanja Gordić scored 22 points, while Justin Doellman finished the match with 10 points. They scored more than a half points for Budućnost and maybe that was one of the reasons why the guests didn’t win the 2nd game: they didn’t have enough players who will help Gordić and Doellman.

The 3rd and 4th games will be played in Podgorica on Friday 13th and Saturday 14th (in 2 and 3 days) and maybe the ABA League will have new or old/new champion after these two games.