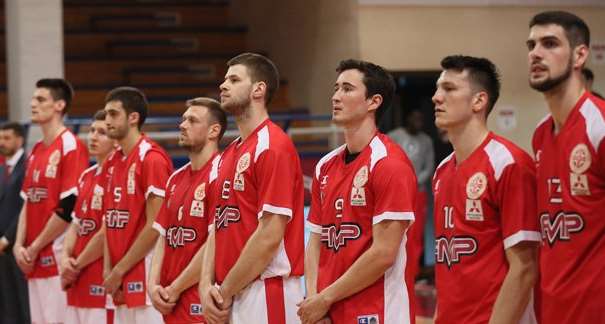 FMP won in the third semi-final game against Borac and now will face Crvena Zvezda in the Final of the Serbian Super League. The match between the team from Železnik and the team from Čačak finished with a score of 77 – 56.

Both teams started well the third game but, at the end, the team from Železnik managed to win, all thanks to the great game showed by Michael Ojo. Borac didn’t have any way to stop the Nigerian-American player from FMP.

The home team was only leading by 3 after the first half, but in the second part of the game the guests only scored 15 points so all their hopes were left behind. 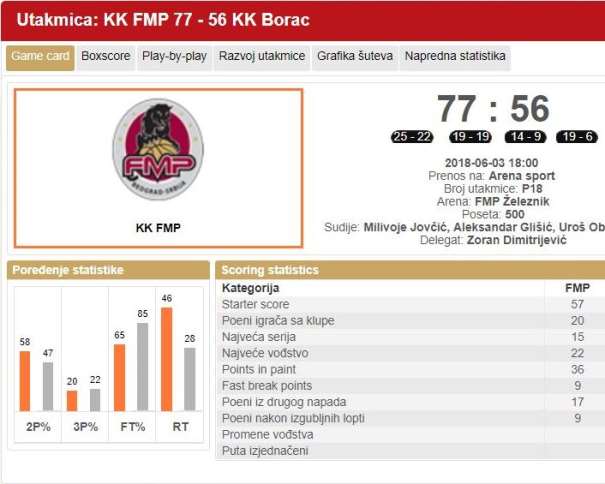 Unstoppable Ojo was the best scorer with 22 points (and 8 rebounds), while his teammate, Stefan Pot, had 14 points (and 11 jumps). In Borac, only two players had 10 points each one: Ilija Đoković and Predrag Prlja.

Now, the team from Čačak can rest and feel proud because they left behind an excellent season and in the next one, Borac will also play in the ABA 2 league and in the Serbian Basketball League.

On the other hand, FMP still has work to do and the next opponent is the Red and Whites. In the final, the first team which will win 3 games will take the trophy and Zvezda is the defending champion.