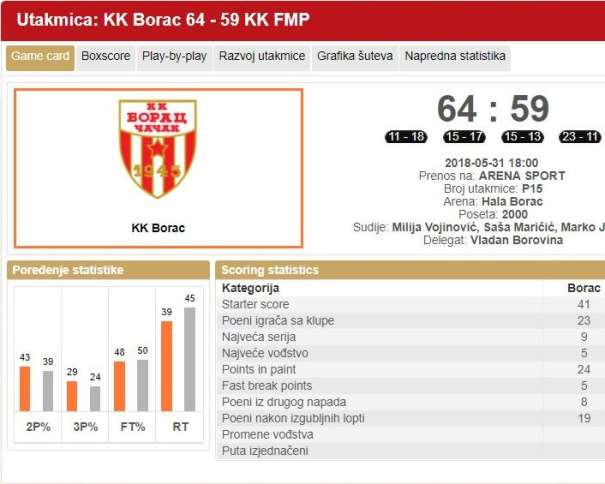 Borac, from Čačak, managed to win 64 – 59 against FMP Železnik in the second semi-final game of the Serbian Super League. The second finalist will be known after the third game and that team will face Crvena Zvezda.

The guests, from Železnik, played better in the first half, but the second one belonged to the home team. Borac managed to return after FMP was leading by 17, and not just make the game more interesting but also win and celebrate with their fans. And the sports hall in Čačak was crowded, there were no empty seats left. 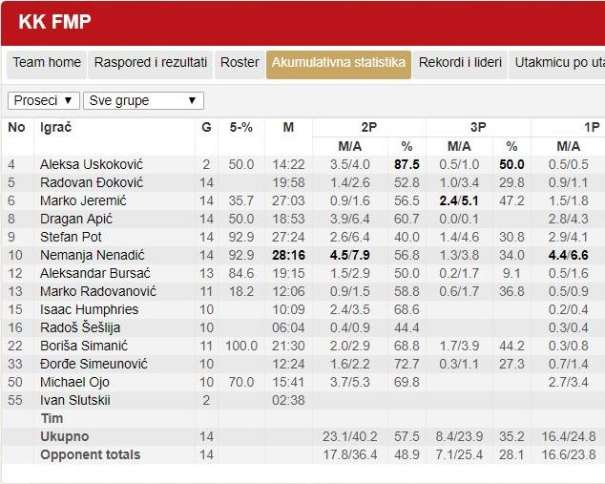 The best player from Borac was Darko Balaban with 14 points and 9 rebounds, while his teammate Marko Marinović added 11 points. Marko Stojadinović scored 10.

In the guest squad, two players had double-digits score. Stefan Pot finished the game with 16 and Boriša Simanić with 13 points.

The third and final game between these two opponents in this “Super liga” season will be played on Saturday and the team from Železnik will host Borac.