You are here:
Partizan over 100 points, Red Star loss against Budućnost (@ABA_League) 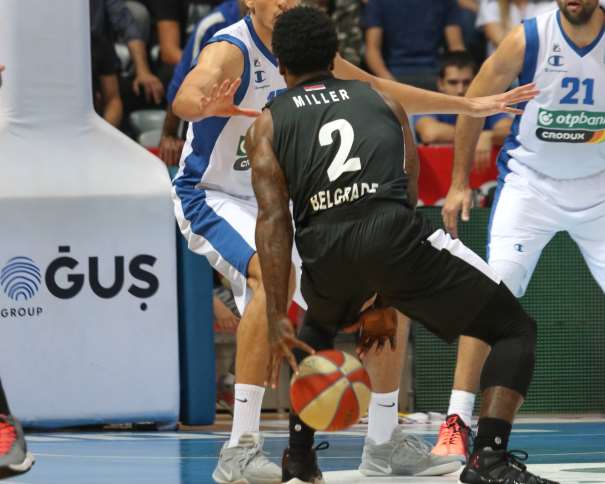 This was an interesting weekend in ABA League, because BC Partizan won 97 – 104 against Zadar, while Red Star lost home game against Montenegrin team Budućnost with a score 75 – 79.

After they lost the game in EuroCup against Alba from Berlin, team of Miroslav Nikolić went directly to Zadar to play in the fourth round of regional league and won the game. On Saturday night, in front of 6.000 Zadar’s fans Partizan played an excellent game and returned home with the second victory in the league.

The best player for black and whites was Vanja Marinković. The young guard played his best game till now and scored 33 points with 5 rebounds. He was definitely the man of the match. Đoko Šalić was also great in this game and he finished it with 21, while Patrick Miller added 19 points.

For hosts, Luka Božić scored 29 points with 10 rebounds, but neither that nor the great atmosphere was good enough for Zadar to win the second game after fourth rounds. Partizan was better and majority of the time guest were playing better, even though it was an excellent offensive game from both teams.

An excellent fact for black and whites was that they shined in their 3-point shot execution. They fired 16 attempts and scored 9 (56.3%). For comparison, Zadar scored 9 from 25 attempts. This is what influenced the outcome of the game decisively.

While Partizan had Sunday off, their neighbours and their greate rival Red Star played against Budućnost Voli in their second hall in Železnik, suburb of Belgrade, and lost 75 – 79 in front of their own crowd. This was their first loss in ABA League, and now there are no team in regional league who won every game. Everyone lost at least one game. 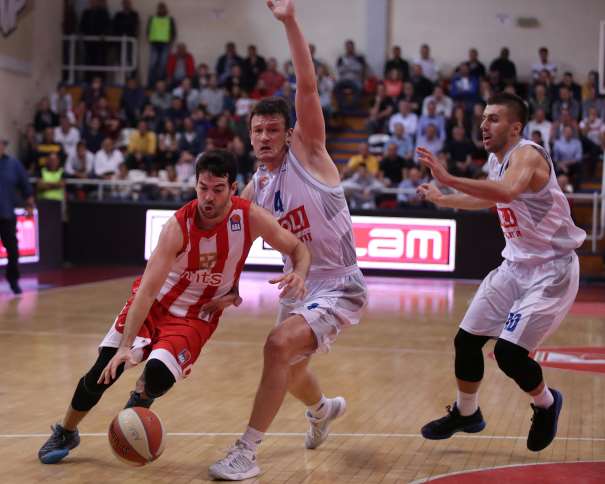 The best player in Red Star was American Taylor Rochestie with 23 points, 7 assists and 4 rebounds. In Budućnost, the best scorer was Nemanja Gordić with 17 points, while Danilo Nikolić added 13.

Gordić was a key player in the fourth quarter, who stopped Red Star from returning to the game with the three points shot. It was and excellent final quarter for the ex Partizan player.

Red and whites started the game better, but in the end of the first quarter guests was leading by one (16 – 17). In the part of the game was already clear that both teams had problems in defence especially in 2on2 and pick and roll games.

The third quarter was the one that determined who will win the game. Redd Star disappeared in that quarter and in one moment guests from Podgorica had 10 points lead, but at the end of the quarter the result was 50 – 52 for Budućnost.

The last part of the game was really interesting and even Red Star had a victory shot, but James Feldeine, so it was a similar scenario like in EuroLeague game against Zalgiris when Rochestie missed three points shot two days ago. That allowed Budućnost to seal the victory with Nikola Ivanović’s free throw shots, after Branko Lazić made a fault on him in order to try to allowed his team to have the last possession but they didn’t make the most of it.