You are here:
Limoges celebrated in Belgrade (@EuroCup, @PartizanBC) 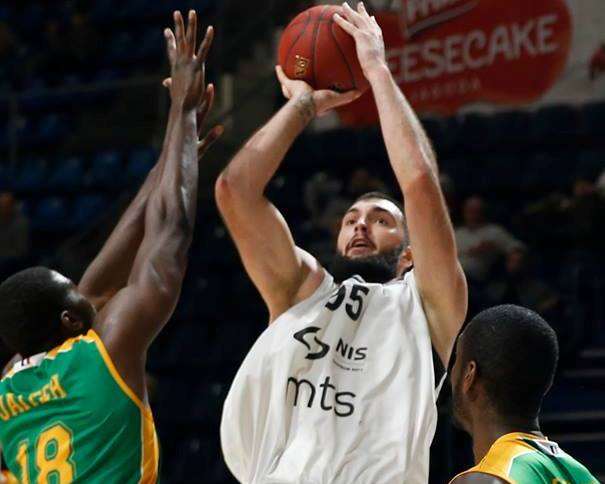 In front of 700 people in “Aleksandar Nikolić” Sports Hall, French team Limoges won 98 – 101 against Partizan NIS in the 9th round of the EuroCup. This round was dedicated to One Team and, in Serbia, Partizan introduced children from Zvečanska (orphanage in Belgrade) and Special Olympics team.

Black and whites were playing in almost empty hall due to Saint Nicholas Day. It is a custom in Serbia that half citizens are celebrating this Saint and half are at someone else’s celebration. But that didn’t stop Nenad Čanak’s team to play a good game against French team.

Black and whites showed energy on the court and in the end it didn’t pay-off but this game could be a lesson for more important games in the future.

The best scorer for the winners was Kenny Hayes with 22 points, while Axel Bouteille added 21. In black and white team the best was Nigel Williams-Goss with 28, while Patrick Miller finished the match with 2 points less. Partizan’s center Đoko Šalić scored 18 points.

In the first quarter both teams played good offensive game, but Partizan also showed few good moves in defense and thanks to that black and whites were leading by 6 (18 – 12) two minutes before the end. But then Limoges made a comeback and little less then one minute before the end took a lead (18 – 19). Next attack, Partizan managed to score for 20 – 19, and it was the final scoring of the first quarter.

First points in the second quarter were made by Andrić (2 points), and with those points Partizan announced good shooting quarter. Also, home team continued to play good defense and as a result of a good game 3 minutes before the end black and whites were leading 41 – 35 three minutes before the of the first half. First double digits lead (47 – 37) Partizan had little more than 1 minute before the 15 minutes break. The final score in that part of the game was 51 – 42.

Three Partizan’s players had 10 and more points after first half: Patrick Miller (13), Đoko Šalić (10) and Nigel Williams-Goss (10). In Limoges the best scorers were Axel Bouteille and Josh Carter. They scored 8 points each.

In the third quarter guests managed to get close and it was the worst defensive quarter for black and whites. Score at the end of that quarter was 76 – 76, so the fourth one will decide winner of the last EuroCup game for Partizan as a host.

Leading points in the last quarter were made by Tautvydas Lydeka from Limoges, but soon after Williams-Goss made a three points shot for 79 – 78. After those points Partizan didn’t score anything for three minutes, when Tanasković made a two points shot for 81 – 84 for guests. It was a key moment because Partizan then took a lead. In the remaining minutes both teams played well and it was an equal game. Final result was 98 – 101 for guests.