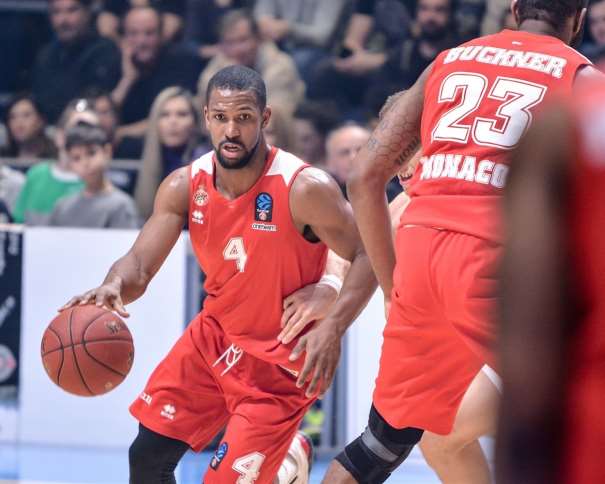 This was the second loss of the Black and Whites (Crno-Beli) squad in this Top 16, but the good thing in the match was that, even though they were losing, Partizan players didn’t give up and in the fourth quarter they managed to get back in the game but time wasn’t on their side.

Nothing was good for the home team (players missed opened shots, especially three pointers) in the first 30 minutes. The Guests from Monaco played good defense and didn’t allow the home team to get closer to the basket, but left Trinchieri’s roster the chance to score from 6.75 m. but Partizan guards missed everything.

An Interesting fact was that in the first half, the home team made 2 from 15 attempts for three. Only Marcus Paige and Stefan Janković scored that shots. The Situation wasn’t better for Monaco, eather, because they made three shots from 10 attempts, but in the other aspects of the game the guests were better.

The Coach of the Black and Whites tried everything on the court, and finally, in the fourth quarter, found a solution, Jock Landale made his shot from the three point line, and soon after his teammates started to make those shots, and once again Landale made it. It was a Black and Whites’ Rhapsody in the last 10 minutes, but the team didn’t have enough strength to win at the end. They had heart but it was a problem in the head (“non manca il cuore, manca la testa”).

And even though it is hard to find good things when you lose a game, the coaching stuff and all players learn that the team will fight even though nothing is going well. And it is not easy to play when you are losing by 17 or 18 points, and not many teams can return to the game in those moments, but this is Partizan. They left their hearts on the court and that was the best thing that happened last night for the young squad.

Now, the guests, after three rounds, have two wins and one defeat, while the home squad has only one win. There are still three more rounds left in this Top 16 and everything can happen.