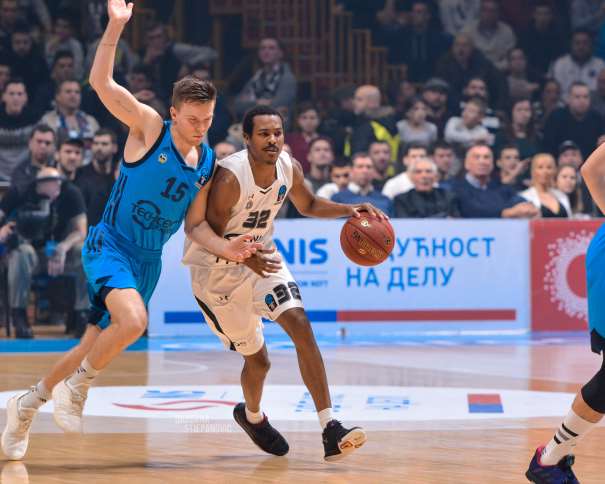 In an excellent atmosphere in the “Aleksandar Nikolić” Sports Hall (also known as Pionir) Partizan won 78 – 66 (+12) against Berlin in the second round of the EuroCup Top 16.

This is the first win for Trinchieri’s squad and the first loss for the German team in the Top 16, because the Serbian team lost 80 – 74 (-6) in the first round against Rytas Vilnius and Berlin was better than Monaco 83 – 74 (+9).

After two rounds the situation in the group E is difficult because all the teams have one victory and one defeat (in the other game of the group, Monaco won against Rytas 75 – 70).

In Belgrade (White City), the key factor of the victory was the strong and team play. One who was helping his teammates was the American-born naturalized Bosnian-Herzegovinian Point guard – Shooting guard Alex Renfroe who was the MVP of the game with an Index Rating of 15. Especially in the cooperation with Partizan big guys Nikola Janković and Jock Landale his skills were visible.

Looking at all the games the Black and Whites (Crno-Beli) were playing in this season, the one against Berlin was the most matured one. Every aspect of the Partizan game was good, the players were focused, the defense was excellent and the third quarter, as it wasn’t the case before, was without problems for the home team. Also, the last minutes of the match weren’t deciding the winner, the Black and Whites didn’t allowed any surprise. 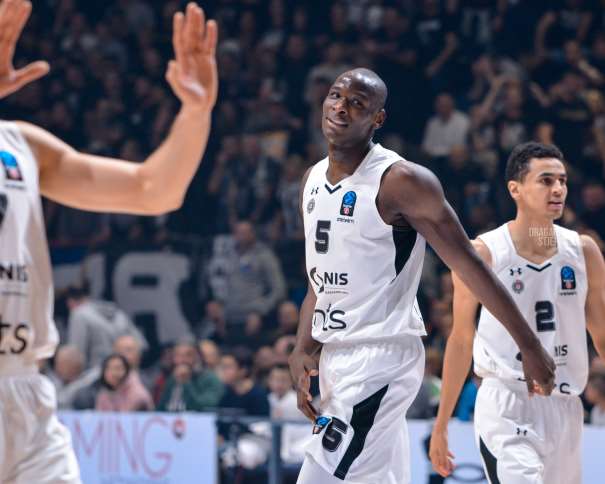 The Home team was leading from the first ten minutes. And when the German squad tried to get back in the game, Trinchieri’s players rejected their attacks every time. Partizan limited Berlin to only 66 points, one team that, as it is usually said, is playing “Spanish basketball” (fast and with a lot of points) in the EuroCup.

After the match, the Black and Whites coach Andrea Trinchieri was satisfied with the victory, especially because it was a team win.

“If the team win exist, this was it. We played defense, we tried to assist in offense. We played as a team. We were more focused, and we played strong defense. We managed to reject ALBA’s players who didn’t possess the ball using our bodies… Now, I have to continue to work. I can’t stop, not even a centimetre, because they will go back 10 metres immediately”, said Trinchieri after the first win in the Top 16.

Partizan coach was asked to give a comment about Vanja Marinković and his play.

“Vanja is fantastic guy and he has the scars. It is never easy for him to play. We don’t save lives here, we are not medicals but coaches and players. We live fantastic lives, we know that and I am really happy Vanja played great game, in offense as much as in defence. He can play like that many times if he relaxes a little bit and if he show him that we love him, all of us”, said Italian coach.

One of the best players on the court Vanja Marinković was satisfied with the win of his team.

“With a full arena all the team played a great defense and that was the only important. I think this was our best defensive play till now in the season and I am hoping we are going in the right direction. The crowd helped us, we played at least 10 percent better with their support” said Marinković.