You are here:
@EuroCup: Landale, Page and Nikolić for an important win of @PartizanBC, in France 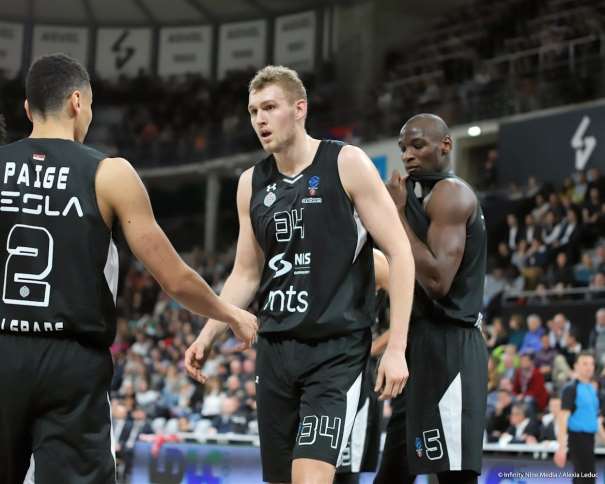 @EuroCup: Landale, Page and Nikolić for an important win of @PartizanBC, in France

Partizan won 75 – 78 against ASVEL in the Round 9 of the EuroCup, in Villeurbanne, France. This is the third victory for the Black and Whites (Crno-Beli) in the second best European club competition.

The Team from Villeurbanne already advanced to the Top 16, while the Serbian squad, especially after this win, has a chance to be in that Top 16. ASVEL, from now, has 6 wins and 3 defeats, while Partizan has 3 victories and 6 losses. But there are still one more round left in this Regular Season.

In the 10th round, the Black and Whites are hosting the Turkish squad Turk Telekom from Ankara (the capital city of Turkey) and, after that game, everyone will know the four teams from the group C who qualify for the Top 16.

The main reason why the guests won yesterday game were the jumps. Partizan outrebounded ASVEL 38 to 34. Also the defensive game of the away team was on an excellent level most of the game, there were some mistakes, but those were covered with excellent jump. 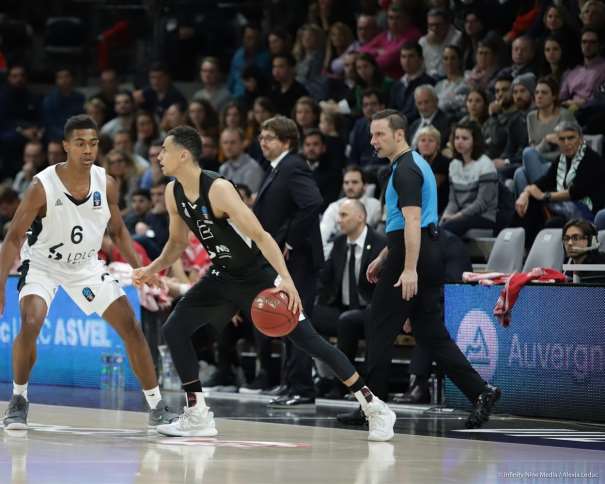 Partizan won in a thriller match all thanks to 3 consecutive baskets by Jock Landale, who finished the game matching with points with Aleksej Nikolić and Marcus Page. All three players scored 15 points each one of them. Also, the Australian center (Landale) had double-double. He had 10 rebounds. Vanja Marinković added 11, while Đorđe Gagić finished the match with 10.

Miro Bilan led ASVEL with 17 points. The Croatian player had help only from two other teammates, Mantas Kalnietis and David Lighty, who added 10 points each one of them.

The Next challenge for the Black and Whites will be the game on Saturday against FMP in the “Aleksandar Nikolić” Sports Hall (also known as Pionir) and a new chance to stay on the winning run because after the small break due to national teams games, Partizan had 2 wins from 2 games (the first one in the ABA League against Igokea, 84 – 97; and the second one, this game, against ASVEL).