You are here:
@EuroCup: “To be or not to be” for the Black and Whites (@PartizanBC, Crno-Beli) 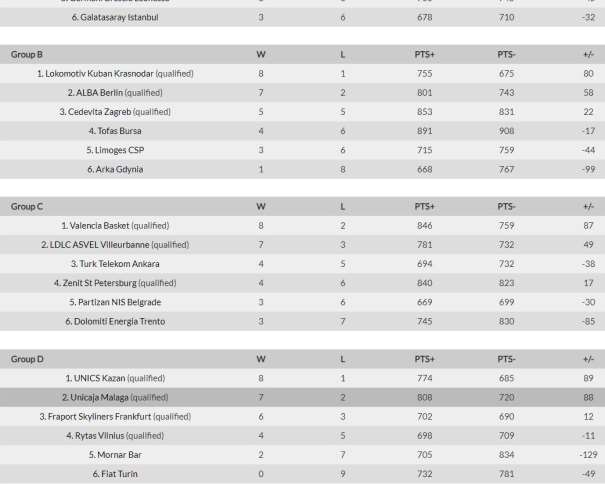 @EuroCup: “To be or not to be” for the Black and Whites (@PartizanBC, Crno-Beli)

Partizan is hosting Turk Telekom in “Aleksandar Nikolić” Sports Hall, in Belgrade, in the last round (10th) of the regular season in the EuroCup.

This game is the key one for the Black and Whites (Crno-Beli) because after 40 or more minutes it will be known if the team from Serbia is heading to the Top 16 of the second best European club competition.

The Team from Ankara won 77 – 72 in the first match against the Black and Whites when Kenny Gabriel led the winners with 16 points and TJ Campbell added 13. For Partizan, Vanja Marinković had a career-high. The Serbian guard scored 28 points. But now the squad from Belgrade will be having the help from their fans and everybody knows how difficult is to play in a full Pionir (also known as “Aleksandar Nikolić” Sports Hall).

The one player from the Turkish team that knows how tough is to play against Partizan in front of the “Grobari” (nickname of the Partizan fans) is Vladimir Štimac, the Serbian center who also played for Crvena Zvezda (Crveno-beli). He participated in the Serbian “Eternal Derby” and on the Black and Whites hot court.

Štimac will be facing Jock Landale from Partizan and the duel between these two players will, probably, be important for the final outcome of the match. These two centers are the key factors of their squads in the paint. The Australian player is averaging 11.6 points, 7.2 rebounds and 2.3 assists per game for Partizan, while Štimac averages 14.8 points, 7.3 rebounds and 1.1 assists. Both players are starters for their teams.

Besides Landale, who was, with 16 points and 10 rebounds, the player of the last match Partizan played against FMP in the ABA League (the Black and Whites won by 83 – 77), Vanja Marinković and Marcus Page had proven to be solid in the “to be or not to be” moments of the games, so, coach Andrea Trinchieri will probably focus his game plan on this trio (Landale – Page – Marinković). And because the hosts have a young squad, there is always a possibility to some new player to show his talent and help the team.

Advancing to the Top 16 is the big deal for any team, so, in the match against Partizan the guests will also have something to show. The visitors will look to the experience of Sylven Landesberg, Štimac and Kenny Gabriel to lead the way to the victory. Of course, the team from Turkey knows what is needed to be done in order to win the game and take the spot in the Top 16. It will be difficult in front of the “enemy’s” crowd and they need to be focused on the goal all the 40 or more minutes of the game.

Before this match, the Italian coach emphasizes how much the fans means to Partizan.

“I am hoping that our crowd will recognize the importance of the game and that we will face Turk Telekom in the full Pionir. With them we have a chance to win, but without them we all know how difficult will be to play against highly-motivated Turk Telekom”, said Partizan head coach.