You are here:
@ABA_League: Marinković for the fifth win of the Black and Whites (@PartizanBC) 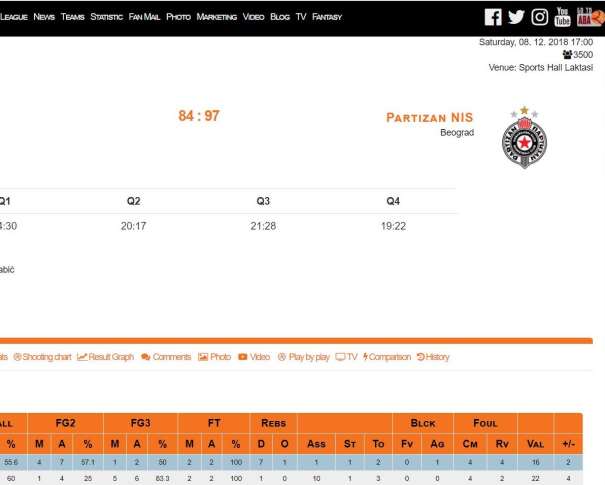 After the break due to the FIBA Basketball World Cup 2019 European Qualifiers, Partizan scored an important win in the Republika Srpska (a part of Bosnia and Herzegovina). In the 10th round of the ABA League, the Black and Whites (Crno-Beli) won against Igokea 84 – 97.

The Fans in “Laktaši” helped the team from Serbia to control the game from the beginning. They lead 0 – 10 and 5 – 17 in the first quarter, but the home team found their game and get closer. Partizan didn’t allow any surprises and the team of Andrea Trinchieri was leading by 3 (44 – 47) after 20 minutes. In the last two quarters they just found the way to upgrade their leadership and, at the end, the youngsters deserved the triumph.

For Partizan, this was the fifth win in the ABA league, with same amount of losses, while Igokea now has 4 victories and 6 defeats. But the competition is not over yet, and both squads have a long way in front of them, and new challenges.

The most valuable player (MVP) of the match was the amazing Vanja Marinković, from Partizan. Morover, the Black and Whites guard scored 28 points (6 of 8 three pointers). His teammate Jock Landale added 17. Rade Zagorac finished the match with 15 and Stefan Janković with 11 points. 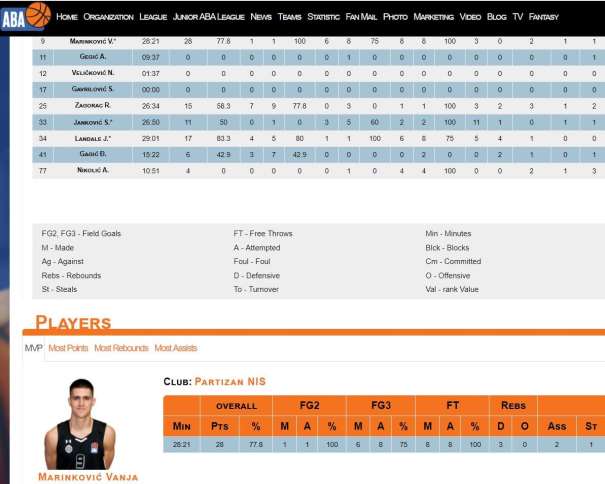 After the match, the head coach of the team from Belgrade, Trinchieri, emphasised the importance of the jumps in the game (Partizan had 39 jumps in summary).