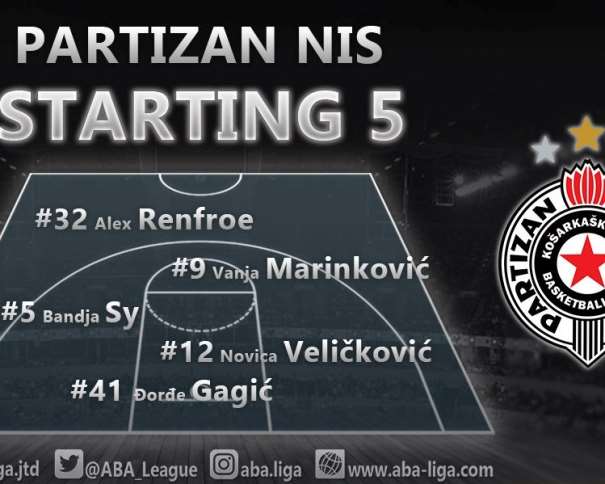 Crvena Zvezda Basketball Club (Košarkaški klub Crvena zvezda, KK Crvena zvezda, Red Star Basketball Club, Crveno-beli, The Red-Whites, Zvezda, The Star) won against Partizan (Crno-Beli, The Black-Whites) 70 – 68 (+2) in the ABA League Round 20 and most likely announced another matches between these two rivals in the semi-finals.

There are only two more rounds in the regional league and if don’t happen anything unexpected (unexpected is that Budućnost loss any of their three upcoming games), Partizan will be the fourth and will face The Red-Whites in the Playoffs, to be exact, in the semi-finals, and Cedevita will play against Budućnost.

Andrea Trinchieri’s squad played without Stefan Janković who is injured and he didn’t practice with the team before the “Eternal” derby.

Both teams was leading during the match, and the crucial points in the last quarter was made by Joe Ragland from the free-throw line. Partizan had a chance to made a winning shot, but Marcus Paige missed, and, before that, Ognjen Jaramaz (Partizan new player) had a chance to help The Black-Whites lead but he lost the ball, so Zvezda punished the lost opportunities of its opponent. 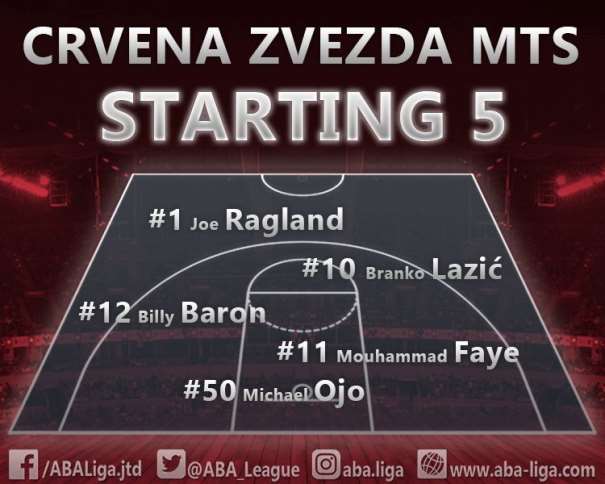 After the first 20 minutes, the guests were leading by 2 (32 – 34). The Black-Whites, in one moment, were leading by 8 and, all thanks to the great roll of Billy Baron, The Red-Whites came back. The top scorer on the court after the first half was Vanja Marinković, from Partizan, with 13 points and in the second 20 minutes he scored 0.

Statistically looking (72 – 64, +8), both teams played similar and both squads had 12 turnovers. Partizan had better overall shooting percentages (40.4% for The Black-Whites, against 39.3% The Red-Whites), and were also shooting better for three, two and from the free throw line, but Tomić’s players score the most important free throw shots.