You are here:
@ABA_League: Great debut for Renfroe, @PartizanBC won against Olimpija (MVP) 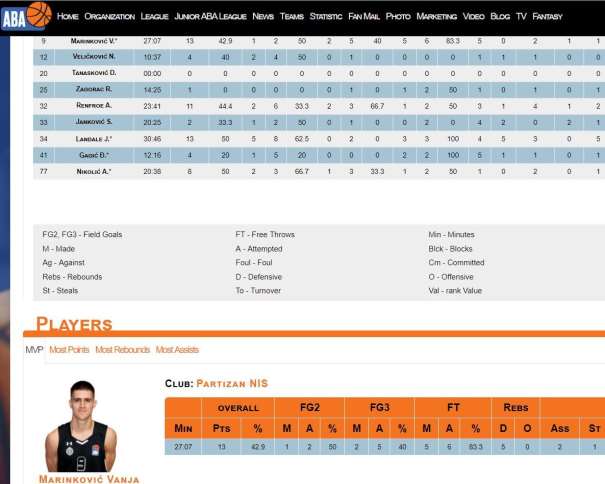 On the other side, after its 9th loss, Olimpija (Zmaji -The Dragons-, Zeleno-beli -The Green and Whites-) is now in the dangerous zone and they will have to fight to stay participanting in the regional league next season. But there are still many rounds left, and, in basketball, everything is possible.

The best player, MVP of the game, was Vanja Marinković whose index rating was 17 (according to the game Boxscore), same as Jan Špan. But his team didn’t celebrate and his excellent role wasn’t enough for the win against the team from Belgrade.

Jan Špan scored the most points in the game (19), while Jock Landale had the most rebounds (9) and the Partizan newcomer, Alex Renfroe gave the most assists (4). 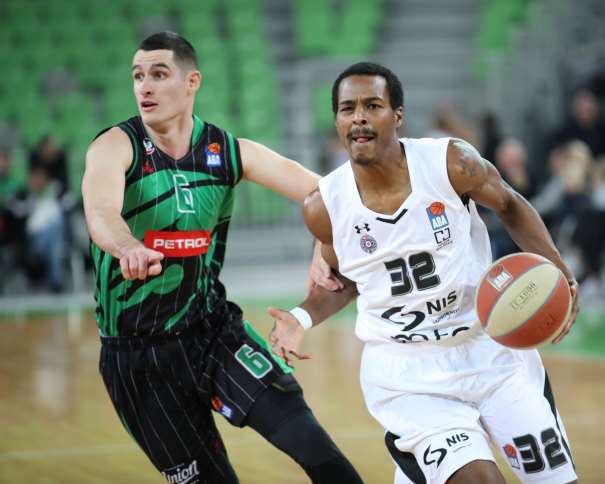 As it was mentioned before, Marinković was the best player on the court for the guests. The Partizan Shooting guard scored 13 points and 5 rebounds, while the best scorer for Black and Whites was Marcus Paige, with 15 points. Landale added 13 and Renfroe finished his first match in the regional league with 11.

In Olimpija, besides Špan, three more players scored more than 10 points against Partizan. Domen Lorbek had 14 and both, Mirza Begić and Issuf Sanon, added 11.

Statistically speaking, Partizan was better (58 – 79) in almost every aspect of the game. The Away team had 13 turnovers, while the Slovenian squad had 7, and that was the only part where the home team was better. And both squads had 6 steals in the match (look in for the team compare at the game Boxscore mentioned before, by the link given above).

In the New Year Andrea Trinchieri’s will step with place in the Top 16 phase of the EuroCup (the first game will be in Vilnius against Rytas on January, 2nd) and as the fifth squad in the regional league. Partizan will play the Next game in the ABA League at home, against Mornar, on January, 5th 2019.