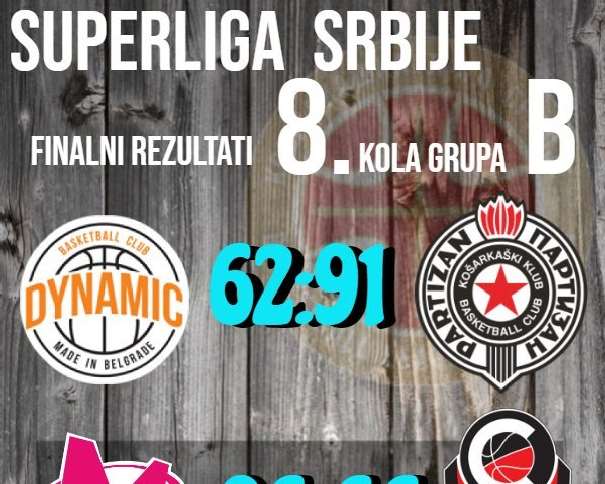 Sixth win for Partizan, against Mega

In The Basketball League of Serbia (Serbian Superliga) sixth round, Partizan won against Mega with a score of 81 – 90. This was the second win for The Black-Whites against (the young team of) Mega in the national league.

Most minutes of the match the crowd was able to see players on the free throw line because both teams together shot 58 free throws. The best basketball was played in the last 10 minutes and Andrea Trinchieri’s team deserved another victory in the league.

The Match against Mega was special for The Black-Whites captain, Novica Veličković, who played his 445th game and now is on the second place with most played matches for Partizan. The Ex captain, and player, Petar Božić is the only one before him with 471 matches and on the third place is Dušan Kecman (current team manager) with 444 games.

After the match against Partizan coach Milojević said that his team didn’t have enough players in the mood for this kind of game.

«I congratulate Partizan on the well-deserved victory. We had too much oscillation, but also good moments. When we were able to approach them, we would make a mistake and, as a rule, Partizan would punish it by a triple. We did not have enough players who were motivated enough in order to beat a quality team like Partizan. Nevertheless, we are on a very good track to achieve our goal and we pledge to play«, said Milojević on the press conference after the match and added that he was proud to see a lot of ex Mega players in The Black-Whites team.

“It’s good for me to watch. If I’m not mistaken, at the start of the game, only Renfroe was not a Mega’s player. It is obvious that many good players are coming out of this club and I am happy because of that”, finished Milojević his statement.

The next challenge for Partizan was Tamiš, the team that almost surprised Trinchieri’s squad in the Aleksandar Nikolić Hall (also known as Pionir), in Belgrade, and Mega faced Novi Pazar.

After seven rounds, perfect score for The Black-Whites

Partizan won, as a guest, 62 – 88, against Tamiš (from Pančevo, a city in the autonomous province of Vojvodina, Serbia), in The Basketball League of Serbia seventh round.

It looked like The Black-Whites was going to have difficulties against the team from Pančevo, as it was the case in the first match between these two opponents in the Aleksandar Nikolić Hall when the result was 84 – 80. But this time it was an easy win.

Both teams played an equal game at the beginning of it and only Stefan Janković was the one who made a difference during those first minutes, but the home team didn’t give up at all. At one moment, Ivan Smiljanić (from Tamiš), scored a three pointer and his team took a lead by 3 (16 – 13). At the end of first quarter the result was 28 – 28. 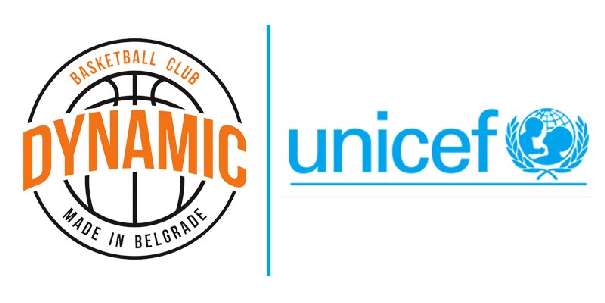 At the end of the first half, Partizan managed with an excellent defense to make a difference and after the first 20 minutes of the match they were leading by 7 (43 – 50). They didn’t allow their opponent to attack again and to get back to the match. The difference was only growing and at the end it was a deserved win for Trinchieri’s squad.

On the other side, in the home team, the best on the court (and the only one with a double-digit score) was Bratislav Jeković who ended the game with an index rating of 10 (and 18 points and 3 rebounds).

The Next Partizan opponent was Dynamic, in the fifth away match in a row for The Black-Whites, but this time they didn’t travel too far because the home court of the “Oranges” is in Zemun (a municipality of the city of Belgrade).

The Team from Zemun won in the seventh round against Sloboda with a score of 81 – 82. Dynamic was on Group B third place, with 4 wins and 3 losses (same as Mega, on the second place).

In the first game against Partizan, Dynamic lost 96 – 58, but now they are expecting to show more against the best squad in the group.

One more win for Black and Whites

In the Serbian Superliga Round 8, Partizan won 62 – 91, as a guest, against Dynamic in the Sports Center (SC) Master (Dynamic Sports Center) in Zemun. The match between these two opponents had a humanitarian character because all the money from the sold tickets will go to the UNICEF and their inclusive playground project for the children with special needs.

From the beginning of the game, The Black-Whites imposed their kind of play and made a 0 – 13 in the opening minutes. The Advantage was only growing and the home team couldn’t catch up at all, so, after the first quarter, Partizan was leading by 18 (17 – 35).

Dynamic opened very well the second quarter of the game and managed to reduce the lead to 12 points but Trinchieri’s squad only needed a few minutes to wake up and, again, increase the lead. Before the end of the quarter they were leading by 24, but after the first half result was 31 – 51 for The Black-Whites.

The Home team didn’t do anything to get back in the match in the third quarter so before the last ten minutes the guests had “plus” 28.

Everything was clear after the first 30 minutes of the match, the only unfamiliar was the final result and in the last quarter Partizan was only finishing the game. They deserved their 8th victory after eight rounds in the national league.