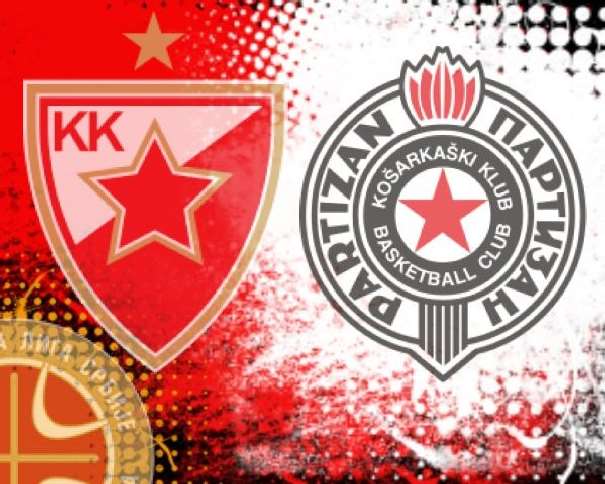 Maximal score for Partizan (against FMP in the semi-finals)

In the The Basketball League of Serbia (Serbian Superliga) last regular season round, Partizan won 85 – 49 against Sloboda, from Užice (a city and the administrative centre of the Zlatibor District in western Serbia), in the Aleksandar Nikolić Hall (also known as Pionir).

As it was the case in the previous matches, all the available players of The Black-Whites were on the court and all of them managed to score at least one point.

From the first minute, it looked like that the home team would not allow any surprises and in the first quarter of the game the score was 26 – 14. In the other quarters, Partizan was only increasing their advantage. Andrea Trinchieri’s squad was playing a solid defense against Sloboda. They didn’t allow their opponent to get closer in any second of the match and not even on 10 points difference.

Four Partizan players scored 10 or more points, being Vasilije Pušica and Đorđe Gagić the top scorers. Both of them scored 13 points (each one of them), but the far best on the court was Rade Zagorac who added 11 points with 7 assists and 3 rebounds (index rating of 20, MVP of the match). Ognjen Jaramaz finished the game with 12 points.

In Sloboda, the top scorer and the best performer was Dimitrije Nikolić, with 11 points and 4 rebounds (index rating of 10), while Petar Marić had 10 points.

After the match, Sloboda coach, Vladimir Lučić, congratulated Partizan on their victory, and his players on the great season.

“I want to congratulate Partizan on their victory against us and to wish them all the best in the rest of the season. Also, I wish them to get back where they belong and that is EuroLeague. As for my team, I want to congratulate my players on this season, we have a great one. We managed to secure place in Superliga in the regular part of the Serbian League so I am very proud to be part of this team”, said Lučić at the press conference.

Zagorac, the best on the court against Sloboda, was satisfied with the victory and his part in it.

“I love to help my teammates score and I love when they help me score. That is the best thing of being part of the team, to have that chemistry with the teammates. And we are a real team now, we help and communicate with each other, especially in defence so the job is easier in offence”, said Zagorac, who added that now comes the real thing.

“Now begins real thing. The match against FMP, who won against us in the last round of ABA League, and it was an unusual game, so we know how dangerous they can be. But we are ready, we will give our best. And we will see if it is enough”, finished the MVP of the match against Sloboda.

In the first match between Partizan and FMP in the semi-finals of The Basketball League of Serbia, The Black-Whites won 93 – 75 in the Aleksandar Nikolić Hall.

It was an easy win for the home team, but, in the second quarter, Zagorac was injured in the duel against Marko Jeremić and he finished the match on the bench. Trinchieri protested when his player was injured and got technical fault.

Fortunately for Zagorac, the injury is not serious and he won’t miss much, he will just need to rest a bit.

The Black-Whites players responded very well after the injury of their teammate and finished the first half with 11 points difference (48 – 37). It was one motive more to win against FMP.

The team from Železnik was behind at about 10 points till the beginning of the last quarter. And then, Partizan stepped up. After 33:01 minutes the home team was leading 79 – 63 and finished the match calmly.

After the match, the coach of The Black-Whites was satisfied with the victory but he was only thinking about the injured Zagorac.

“I can’t enjoy because I am only thinking about Zagorac. He opened the game in an excellent manner, but he needs luck now. We’ll see”, said Trinchieri. 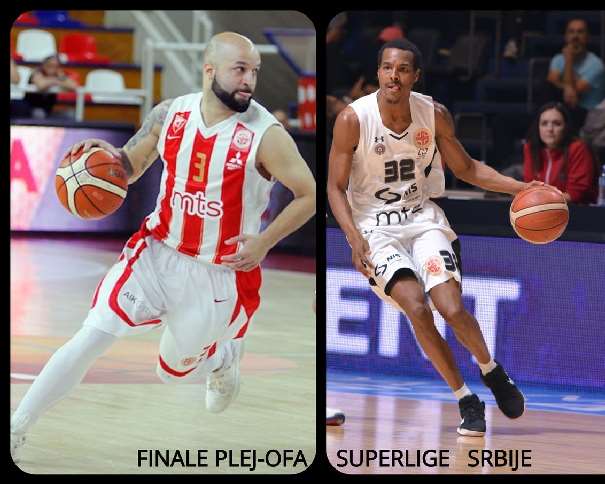 In the second match between FMP and Partizan in the semi-finals of the Serbian Superliga, “Panthers” won 88 – 85 in Železnik. The team who will face Crvena Zvezda in the Finals will be known after the third game.

The series is back to Pionir, after another loss of The Black-Whites in Železnik.

In the past three years, Partizan couldn’t win any game when FMP was the home team, in any competition. And this year it happened again. The first match was in the ABA League, when “Panthers” won 73 – 72, and now, in the semi-finals of the national league, with a score of 88 – 85.

The finish of the game was dramatic. Vanja Marinković took the responsibility and went for the basket, but he missed when FMP was leading by 1 (86 – 85), and, then, Partizan made a fault on Uskoković who was perfect from the free points line for +3. Again, Marinković took the ball and, again, missed, but this time it was a three points shot. It was the end of the match.

Even though, after the first half The Black-Whites were leading by 8 (37 – 45), the home team managed to get back in the third quarter with a score of 26 – 15. Those 10 minutes was the crucial ones, because the team from Železnik was able to respond and defend their court and to defend the three points difference in the fourth quarter.

Before the second semi-final game, it was announced that Zagorac won’t play but, surprisingly, he was on the court for almost 18 minutes and he finished the match with 4 points, 4 assists and 3 rebounds.

Partizan in the Finals against Crvena Zvezda

In the third semi-final game of the Serbian Superliga, Partizan won 97 – 59 against FMP Železnik in the Aleksandar Nikolić Hall) and booked the ticket for the final, where the opponent will be Crvena Zvezda. The first game of the Final will be today, Monday, and The Red-Whites will be the hosts.

The Black-Whites were aggressive from the start. “Panthers” were only alive in the first period of the first quarter, but the home team used the poor shot percentage of their opponents, and at the little break, the advantage of Partizan was 11 points (23 – 12).

At the begging of the second quarter, the director of FMP, Vladan Mitrović, was rejected from the game due to an incident he caused. So everyone was under pressure after that but, soon, The Black-Whites continued with an excellent play and their advantage was growing fast. After the first half the home team was leading by 24 (52 – 28).

In the last 20 minutes, the team from Železnik didn’t have enough strength to attack Partizan and it was only a question: what the score would be at the end. And the result was 97 – 59.

Stefan Janković played a perfect game, shooting 8 of 8 (5 of 5 for three). Partizan Center – Power forward scored 21 points with 13 rebounds for an index rating of 32. His teammate Jaramaz added 17 (index rating of 18) and Nikolić finished the game with 10 points (index rating of 11).

In FMP the best on the court was Đorđević with 19 points (index rating of 17), while two players ended the match with 10 points each one of them: Pot and Finn Delany.

After the game, the MVP of the match, S. Janković, was more than satisfied with the team win and the upcoming Final against Zvezda.

“An important game for us. They won in the previous so we knew that we have to offer our maximum. We started calmly, but soon we found our rhythm. Now we will face Zvezda in the finals, so we need to play like this and 10x better. We know each other well. We played against each other this season, so we know who we are facing. Those will be manly games, tactic will be of secondary importance”, said S. Janković.

“I didn’t know that. I knew about three point shots, but not about that. I didn’t follow it, I was only sure about three points. Finally I made what I wanted. It was a good game. And for me, more important was good jumps from my part. Shot is like that. I will come to practice like I missed everything. That’s the life of an athlete. I don’t expect every game to shoot like this, but I expect to help with energy”, mentioned Partizan player, who thinks that Zvezda has advantage in the Final, but in the “Eternal” Derby that doesn’t mean anything.

“Yes, Zvezda is better on the paper. But now we don’t look like that. XY times on or the other had an advantage and other team won. It is like that in derby. Of course, we will have tactic, but energy will prevail and who “punch” first, who will have more rebounds. It will be good to finish season in the beautiful manner”, said S. Janković at the end.

“I am glad I am on the list. I am really glad and I am proud to be a part of the team that will represent our country and that I am on the same list with all those players I know and respect. It is an honour. And I believe it was a reward for the games I played here in Partizan. From the begging I had a different role in Partizan, but as the season went forward I was more confident. But it is all a result of the good team play”, said Jaramaz, whose name was one of the 34 Aleksandar Đorđević announced on the preliminary list for the World Cup in China.