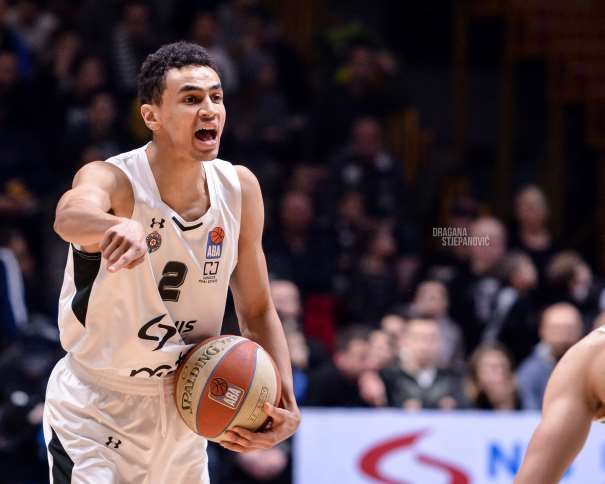 Partizan won 87 – 55 against Krka in the Aleksandar Nikolić Sports Hall (also known as Pionir) in the ABA League Round 15.

After a long time, Partizan had a routine win and all because an excellent defensive game. All the players on the court give their best while defending the basket.

From the beginning, Partizan put their signature on the ball and in the first quarter was leading by 9 (20 – 11). In the Second 10 minutes, Krka was playing on the same level as the home team. The Guests find their own game and that quarter was finished with 19 – 19.

That was the only part of the game where the away squad showed energy and good defense. It looked like their lost all their strength after that quarter. The last two parts of the match were one time game, in the third quarter the result was 22 – 11 for the home squad and in the last one, 26 – 14.

The Two points percentage were similar for both, the Black and Whites (Crno-Beli) and the team from Novo Mesto (city in the Republic of Slovenia: Partizan, 54.3% for 2 points; Krka, 51.6%), but the home squad was shooting better for three points. Partizan scored 13 from 30 attempts, while the Slovenian team, 4 from 15 attempts.

Also, the assists and the second chances decided the match flow. The Home squad had 23 assists overall and the guests, only 11. Partizan had 11 offensive rebounds and usually, as it wasn’t the case in the previous games during this season, the players didn’t waste another chance. 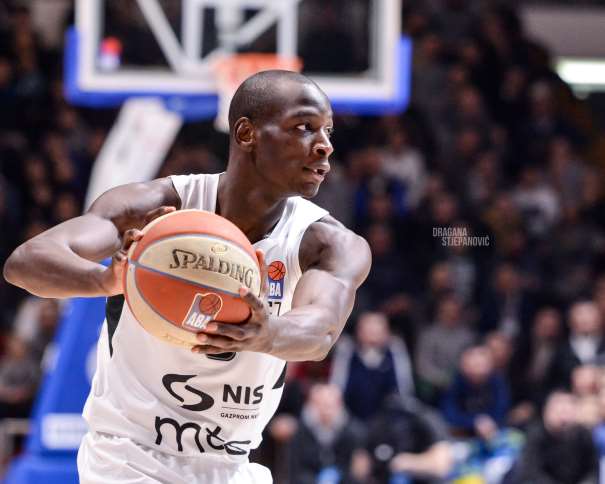 The youngest player in the roster of the Belgrade (White City) team, Marko Pecarski, used the given minutes on the court in the best possible way. The Serbian power forward had 10 points, 4 rebound and 2 assists (index rating of 11). The best assistant in the Black and Whites squad was Rade Zagorac with 6 assists. He also had 8 points for an index rating of 12.

After the game, the young Marko Pecarski was satisfied with his team win and with his almost 20 minutes (19:52) on the court.

“My team played excellent and that is why I had a chance tonight to be the part of this victory. I got the minutes and I used them, I hope, in the best possible way. When you not playing a lot you have to be prepared to use given minutes and help the team”, started Pecarski his interview with the journalists.

He entered the court in the second quarter and at those moments the home team wasn’t leading with a big difference, so Pecarski was also responsible, among others, for the final result (+/- 16).

“I am glad I had a chance to help the team. This was a team win and I am very happy I was part of it”, said the youngest player in the roster against Krka who said that he didn’t have stage fright even though he didn’t play a lot during this season.

“I am one of those players who don’t have stage fright except little jitters before the beginning of the game, and in the first moment I entered the court, but I am not afraid. I am always prepared in case I got minutes and I know what I need to do then. Before the game, day before coach told me to be prepared so I had the feeling I will be playing. But I am always ready, in every game I am prepared to help the team, to enter the court. You never know when it can happen so you should be prepared to use your minutes smartly” said Pecarski.