You are here:
Teacher (Obradović) against pupil (Laso) in the Final (@EuroLeague Final Four 2018) 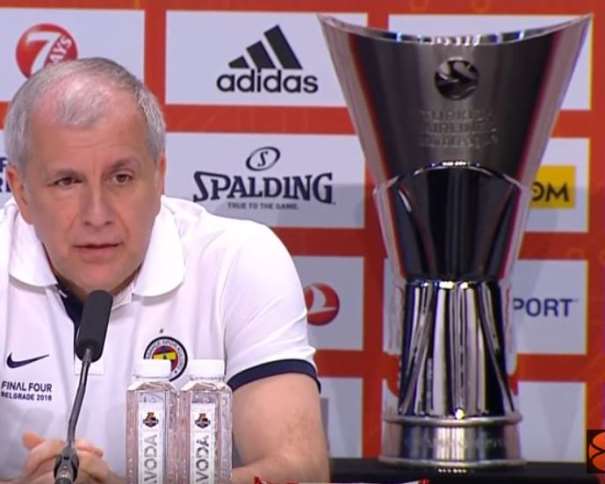 Madrid and Fenerbahce held the press conference for the F4 EuroLeague final game at the Press Conference room in the Štark Arena in Belgrade.

Head coaches of both teams, Željko Obradović and Pablo Laso, and Fenerbahce player Kostas Sloukas and Madrid player Rudy Fernández talked to the media about the final and the atmosphere in the Serbian capital.

Pablo Laso mentioned how proud he is of his players because they had a tough season, but with all problems the team from Madrid managed to qualify to the F4 and now to fight for the Trophy.

“We are playing the championship final in the EuroLeague. Happy to be here. Happy with the year we’re having. Very proud of my players and the way they have competed since the first game. And right now we are facing a great team that did the job as well as us. There were the 16 teams, the best teams in Europe playing against each other. Tomorrow is Fenerbahce against Real Madrid. For me, it’s a pleasure to be here, very proud of my players and expecting the final to start”, said Laso who added one moment from the time Željko was his coach.

“I learn many thing from Željko, not just the one thing and for some, in that exact moment I thought some of them are stupid but now I know he was right. For example, I always remember the game we won in the Spanish Cup, with the game almost finished, I was playing very good. We got the game, two minutes to go, 11 points up. It was my time to have the ball control. He sat me down and said, ‘Pablo, this is finished. Very good, you did your job. Leave.’ I wanted to kill him! But, he was right. I was finished” said Madrid head coach.

Forward Rudy Fernández, of Madrid, mentioned the problems with injuries that they were facing during the season. 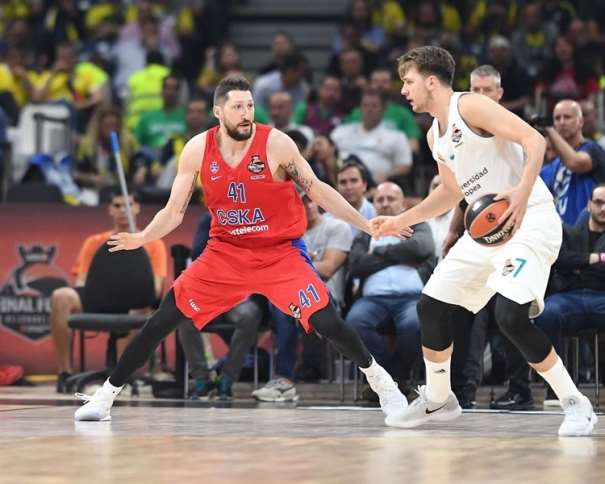 “It is a great opportunity to be in another final. We had a tough regular season with all our injuries, but we are here. It’s a great opportunity to try to win against one of the best teams in Europe. It is great to see my team play like we did yesterday. It was amazing. And we are ready to play tomorrow”, said Rudy about the Final game.

Željko Obradović, of Fenerbahce, said that he is happy that his team will face such an historic club as Madrid in the Final, who now won 9 titles, same as he has as a coach of different clubs.

“Obviously I am very happy to be in the final game for the third consecutive year. This means that we have some strategy that gives results, talking about the level of the club, the level of the team. I believe that we have this skill that is necessary if you want to have the result that we have had until now. Last summer, after we took the first championship in history in Istanbul, we discussed what would be the next step to have a completive team to try again to come to the Final Four. I am sure that all of you remember that we lost three very important Bogdan Bogdanovic, Ekpe Udoh and Pero Antic. But we signed some new players who have showed character, showed everything that is necessary to be in this moment here and to have in front of us another big final. We play against a team that is the history of basketball in Europe, Madrid with nine titles. It is probably the moment to congratulate Pablo and his players for everything they did this season with all the problems they had, with all the injured players, they found always the way to play good basketball and finally they are here. I believe they deserve and I hope it will be a final that all the fans enjoy very much”, said Obradović who were talking in Spanish, Serbian and English during the press conference.

Fenerbahce guard Kostas Sloukas said that he is not thinking about how many times he was in the final.

“I don’t think about my sixth final or fifth. This is for journalists and [fans]. My job is to go straight for the target we set at the beginning of the season. I am very happy that we are here and talking about the final game. You asked me about [being] a leader or not, I think the leader is the coach and their place is to try to make what he planned for the game. I have said many times that if we follow the plan that he makes, we will win the game, if not, we will lose. There is no matter about leaders. The leader is the coach and the plan that he makes before the game and from the beginning of the season”, said Greek guard who also mentioned how proud he was of his teammates.

“I am happy and proud of my team, because we worked very well all this year and we deserve to play one more final. The last three years Fenerbahce is playing finals, so this means that finally, we are among the best teams in Europe. This was the dream of the Fener family. Tomorrow we play against a really good team with a full roster. It will be a very good and difficult game for us. I hope that we achieve taking the trophy”, said Sloukas.