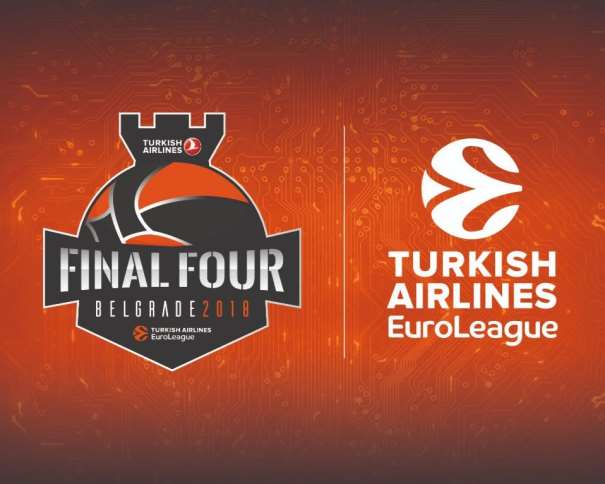 The capital of Serbia is hosting the EuroLeague Final 4 Tournament and the best clubs in Europe are now in Belgrade. The opening press conference was held on the courts within the walls of Kalemegdan Fortress where the representatives from the four European clubs (CSKA, Fenerbahce, Madrid and Žalgiris) were talking about the last four games in the championship to come.

First of all, the Mayor of Belgrade, Mr. Siniša Mali, and Euroleague Basketball President, Mr. Jordi Bertomeu, welcomed the media, basketball legends and fans who were attending the press conference. After them, the representatives of Madrid (its head coach Pablo Laso and its player Luka Dončić), Fenerbahce (coach Željko Obradović and Luigi Datome), CSKA (coach Dimitris Itoudis and Sergio Rodríguez) and Žalgiris (coach Sarunas Jasikevicius and team captain Paulius Jankunas) were answering questions about the games.

Željko Obradović was talking about being in Belgrade and in Serbia and that he was not feeling any unusual pressure at all. Serbian coach was a mentor to all other coaches at the Final 4.

“For me, it is special to be here, and with all this great guys, that are my friends. I have this opportunity, first of all, to spend some time together with all of them. With Dimitris, Pablo and Sarunas. We already started last night and I am sure Saras will try also tonight to go somewhere. I am very happy because I know how difficult it is to come and to be in the Final Four. I know how Saras worked very hard, and how special it is for his team to be at the Final Four. Not to talk about historical teams like CSKA and Real Madrid”, said Obradović who added that he is concerned about what role will Jasikevicius take.

“You never know with this guy, I am just concerned if he will play against us. He is always searching for a new role, so maybe he will play”, Željko was joking about his former player and, now, head coach of Žalgiris.

His player Luigi Datome was talking about the fans and their role in the team success.

“Our fans are a big part of our success. I always say that. We are very happy about their confidence, it is a great sign of confidence and trust they give us by booking the ticket before the Final Four. I know they will be loud in supporting us, I can only ask to respect all the fans that will be here in Belgrade, to make a beautiful weekend of basketball. But I am sure they are going to do it, and help make it a beautiful weekend”, said Gigi Datome.

Sarunas Jasikevicius, head coach of Žalgiris, from Lithuania, said that his team already made a huge success by make it to the Final 4 in Belgrade.

“If you are at the Final Four playing against Zeljko, that is already a great achievement because you got here. Second of all, we understand the difficulties like I said before. I am sure they will be prepared. I am sure they play the correct type of basketball like they played all through the year. And I am sure it will be very difficult, like it is supposed to be. If you are here in the Final Four, there is no other way it can be. So we are hoping we are also prepared and hoping that it will be great basketball”, said Saras at the opening press conference.

Paulius Jankunas, Žalgiris Kaunas forward, said that his team is acting like a family on and off court.

“First of all, I am very happy that I am here at the Final Four. This is a big pride for me to be here with the club of my hometown, Žalgiris. Our strength is the fact that we play like a family on the court and act like a family outside the court, so we will see what will happen”, said Jankunas.

Dimitris Itoudis, CSKA Moscow head coach, mentioned the difficulties because their player Leo Westermann is injured and won’t be helping the team at the Final 4 in Belgrade.

“It was really a pity, Leo not making the Final Four. It was bad luck for him getting injured at the beginning of the season, and now having surgery. Thank God everything went good with that. But the fact is we showed character, too, with Nando and Kyle during the playoffs. That made us come closer to each other and realize that we had extra strength with other players. They stood up and gave us the courage to face the adversity that we faced. That brought us closer and we have a strong belief in what we can do together. As for Sergio [Rodríguez] and I, we talk often. He’s the last one on the court always. You don’t need to go to him and say you’ve got to do this or that. He prepares himself for the big moments”, said Itoudis.

Sergio Rodríguez, CSKA player, will face his former teammates from Madrid but he knows that he have to be focused on the game.

“You prepare yourself to be ready at this stage, and it is great to be here, back in Europe after playing last year in Philadelphia, having this opportunity to play this Final Four with a new team. We have to focus on what we have to do and how to do it, and be ready for the game, that’s all. It is going to be special; it is always special when you play a former team, but you also have to be focused on doing your job and be ready”, said Rodríguez.

Also, head coach Pablo Laso was talking about injuries that his team was facing during the regular season. 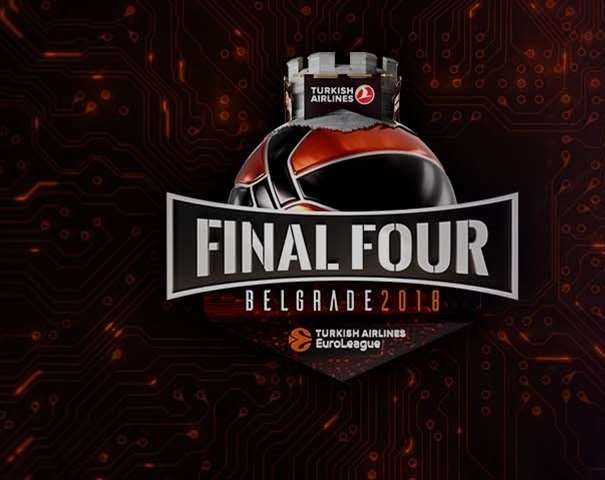 “First of all, it is true that it has been a difficult year for us with a lot of, let’s say, injuries, problems, however you call it, but it is also true that we finally got players healthy, ready to play these important games. Right now, we are just trying to have a good Final Four. We know how hard it is to get here. We are happy to be here and ready to play”, said Laso during the press conference.

At the end, Luka Dončić, the youngest one, said that his team had a great season besides difficulties they were facing.

“I think our season was great. It is a difficult competition and anyone can beat you in the EuroLeague, but the team did a great job. CSKA was first in the regular season and is an amazing team with many good players. We need to play a perfect game to win”, said guard from Slovenia.

After the opening press conference, the teams had also practices opened for media and the first two teams were Fenerbahce and Žalgiris.

Kostas Sloukas, the guard from Fenerbahce, is for a second time at Final 4 as a defending champion. He won three EuroLeague rings. The first two with Olympiacos in 2012 and 2013, and the third one with his current squad last year.

“For me, it was a difficult to defend the title. It is never too easy to win this. I am very happy that we are here again, at another Final 4. Against Žalgiris we will have a difficult game, but we are all here to win, but I am hoping my team will win”, said Sloukas and added that the key person in the squad is Fenerbahce head coach Željko Obradović.

“Everybody knows who is a coach. He is the key ingredient in the team. He has a very big experience and understand the games of Final Four. For him, the game against Žalgiris is special because it will be played in his country. So, I hope we will play like a team and follow his instructions and make to the final”, said guard from Greece.

Vasilije Micić, from Žalgiris didn’t hope when he signed the contract with the Lithuanian team that they will make it to the Final Four.

“At the begging of the season, I didn’t expect to be here at all. Especially because I came from the team where I played well but we didn’t have big result. But with Žalgiris that happened. We made it in Belgrade with teamplay and I am really excited to be here. And I have to mention that almost no one expected that we will be the team that made it to Final Four. But we are here and we will give our best against Fenerbahce”, said Micić who added that Jasikevicius is a special coach because not all the coaches that were great players are successful in their coaching career.

“The coach is special. Not all of them who were great players became great coaches but he is. It is definitely because he had great coaches as a player and because he really know this game and knows how to show players what he wants us to do and how to make a great atmosphere in the team”, said Serbian player.

CSKA and Madrid shared their time with media and Sergio Lull and Kyle Hines were happy with the fact that their teams made it to Belgrade.

Sergio Lull had, maybe, the hardest season due to a knee injurie but he is now back and ready to help his team.

“I am really happy I am back and that my team made it to the Final Four. But we have to be focused on the next game against CSKA. It want be easy but we will try to win and be in the final. We have to play defense it want be easy, as everyone noticed that «El Chacho» is on the other side, but we will have to stop him and his teammates”, said Lull who was compared with Sergio Ramos.

“It is an honour to be compared with such a legend, and I just want to thank you for that. I hope I will do form my time as much as he did for his”, said Lull.

Kyle Hines, from CSKA, is thrilled because his team is in Belgrade but the job isn’t done yet.

“I am very, very happy to be here with the team and that we have opportunity to fight for the trophy. It is a big deal that we are here but all team that made it here came with only one reason: to win this. We are no different, but it won’t be easy especially when Real is on the other side. We have to stop them running and to play our game, but they will also show what they’ve got”, said Hines who mentioned that if the game against Madrid would be a movie it will, definitely, be a fighter – battle movie.