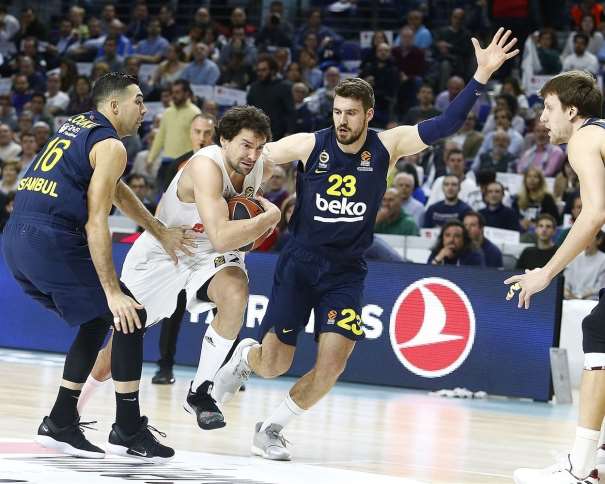 The ACB squad scored their 19th victory, while the Turkish one had their 4th loss. And it was easier than expected, Fener was totally without energy.

On the other side, Kostas Sloukas was the only one who was trying to do anything even though he was making mistakes too. The Greek player finished the match with 15 points and 7 assists.

Even though, there were more players with double-digit score in Fenerbahce and with a solid role in Madrid, these three mentioned before were the key players, especially Llull, who shined in the third quarter. 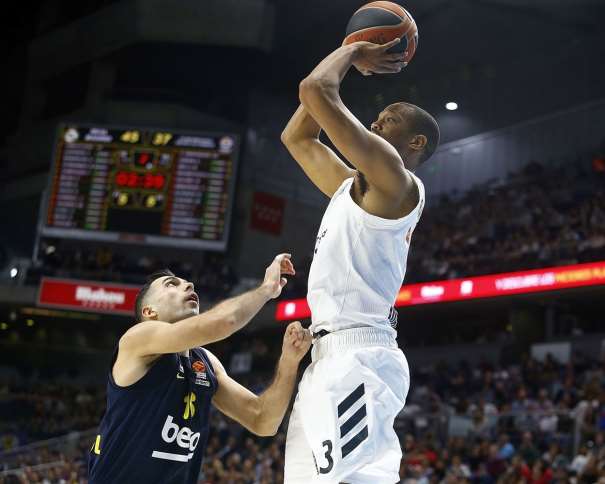 The First points for Madrid were scored by Randolph who finished the first quarter with 11 points. Sloukas was the top scorer for the guests with 9 points, while Vesely added 8 in the first 10 minutes. During these minutes, most of the time, the Turkish squad was leading but 1:39 before the end, the team from Madrid took its first lead (22 – 21) and at the end score was 27 – 25 (+2) for the home squad.

The Second ten minutes started with an excellent press by Pablo Laso’s team and that resulted with a 9 points lead (34 – 25) after little less than 2 minutes (1:35). That part totally belonged to Madrid, only in the last few minutes Zeljko Obradovic’s squad tried to get closer but was rejected by the home team players. The score before the second half was 52 – 45 (+7) for the hosts and the last points were scored by Deck (2 pointer, his 4th point).

Randolph was still the best scorer for Madrid (15 points) and Sloukas for Fenerbahce (with 11 points).

In the third quarter both teams were too tense and that resulted with a lot of faults from both sides and some unsportsmanlike behavior, but the key player in those minutes was Lull, who scored two in a raw amazing three point shots, and was assisting to his teammates. He was unstoppable, while Fener was doing all wrong things. The Result of all what was happening in those 10 minutes was a 16 points difference for the home team (77 – 61).

Madrid continued the last quarter in the same manner, they read the attempts of Fener and advanced to a 20 points difference (81 – 61) in the first minute of the four quarter. The First points for the Turkish squad was scored by Vesely (Sloukas assisted). But they were again starting to make mistakes and Obradovic decided to finished the game without some of the key players of Fener (Vesely, Sloukas, Datome, Melli, Kalinic, Guduric). He gave a chance to some other players (Bobby Dixon -Ali Muhammed-, Erick Green, Melih Mahmutoğlu, Tarik Biberović and Ahmet Düverioğlu, 91 – 74, +17) and allowed Madrid to score more than 100 points (101) and Fener was stopped at 86.