You are here:
@RytasVilnius was better than @PartizanBC in the @EuroCup Top 16 opener (MVP) 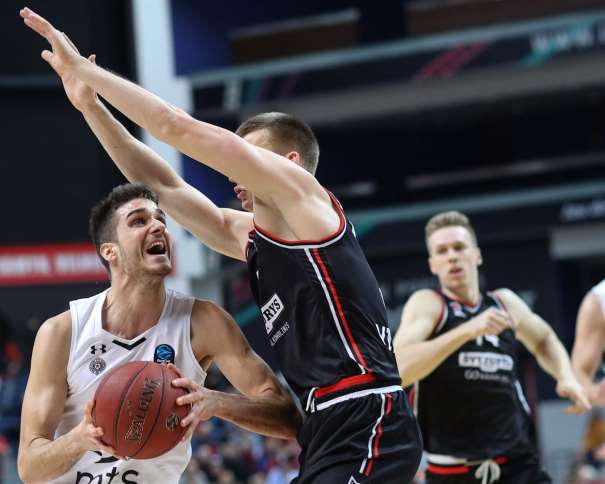 In the first game of the EuroCup Top 16, Rytas Vilnius won 80 – 74 against Partizan in the capital of Lithuania.

The Black and Whites (Crno-Beli) had their chance one minute before the end of the game when Jock Landale dunked for the score 76 – 74, but the young team from Belgrade (the «White City«) didn’t have the strength to turn the match around.

An Interesting fact is that Partizan, even though was losing in the first half, was shooting 7 from 12 for three and in the second half they hit only 2 from 14 attempts. And that was all thanks to the great defense of the Lithuanian team (Vilniečiai -Vilnians-, Black-White-Reds) in the second half. 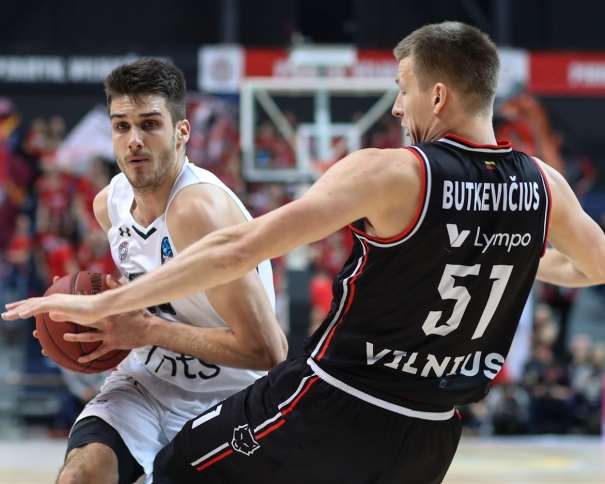 As it was mentioned in the pre-game report (see «@EuroCup Top 16 Round 1: Rytas Vilnius is hosting @PartizanBC (Crno-Beli)«), Partizan and Rytas, also in yesterday match, had similar statistics: both squads had 22 assists, the hosts had 11 turnovers and the guests 12 and the Lithuanian squad finished the match with 36 rebounds and the Serbian with 35. So, the small details decided the game and mostly because the team from Belgrade wasn’t focused during the whole match. When they got closer, they lost their focus and the home team used it for their first victory in this Top 16.

For the away team, Jock Landale was the best on the court. The Australian big man scored 15 points with 9 rebounds for 22 index rating (Partizan MVP of the game), and his teammate Rade Zagorac was the Top scorer with 17 points. Rade also had 8 rebounds (index rating 14). The best assistant in the Black and Whites roster was newbie Alex Renfroe who had 8 assists and also added 7 points and 6 rebounds to his statistic (17 index rating, Partizan Backcourt MVP). Vanja Marinković scored 13 points, and he was the last player with a double-digit score in Partizan (all statistics available on the Boxscore of the game).

In the next round of the EuroCup Top 16, the Black and Whites are hosting Berlin on January, 9th, while on the same day Rytas is playing as a guest against Monaco.