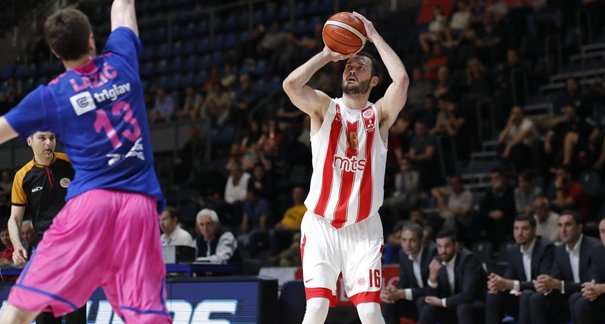 In the second round of the Serbian League, the Black and Red and Whites scored the victories in the ABA Leagues derbies. So the two regular regional league teams are with 2 victories and Mega Bemax and FMP had one win and one loss after 2 rounds.

Crvena Zvezda had beaten Mega Bemax easily with a score of 91 – 64. The first quarter announced the winner of the game when the home team allowed Dejan Milojević’s squad to score only 10 points while the Red and Whites finished that part of the game with 27. The second and the fourth quarter were equal, but in the first and in the third, Zvezda made a lead that couldn’t be endangered in any way.

The best players were Filip Čović and Stefan Janković, who, both, had 27 index rating. Janković was also one of the best scorerers with 17 points and also added 8 rebounds to his statistics. Another player who scored 17 points was James Feldeine, while Čović finished the match with 15 points, six assists and 5 rebounds.

In Mega, Goga Bitadze was the best with 16 points, while only one more player had double digit score: Andrija Marjanović (11).

The team from Čačak had another great game. This time, Tamiš was at the other side, and Borac finished that match with 17 points lead (69 – 86). An interesting fact in this game was that Borac’s bench players scored the same amount of points as the starters (43).

Marko Stojadinović scored 17 points for Borac, while his teammate Miloš Dimić added 13. Dušan Kutlešić and Marko Marinović finished the game with 10 points each one.

Three players in Bojan Jovičić’s squad scored 10 or more points. Ivan Smiljanić had a great role again, as it was in the first round, and finished the game with 17 points. Aleksandar Ilkić scored 12, while Bojan Stojanović had 10 points.

After the loss in the first round against neighbours from Čačak, Zlatibor now won 76 – 82 against Mladost. It was a tied game till the fourth quarter when the guests managed to take a lead and celebrate at the end.

Dragoslav Papić, with 18 points, was the scoring leader in Zlatibor’s team, while for Mladost, Vuk Malidžan was the best one with 19 points. If his team had won, he would, definitely, be the player of the match. Malidžan was the best in all aspects. Besides points he had 2 steals, 9 rebounds and 5 assists for a total index rating of 30.

Dynamik was, again, over 90 points (in the first match they won 94 – 74 against Vršac) for the second victory. The team from Belgrade was better than Metalac. The final score was 74 – 93. 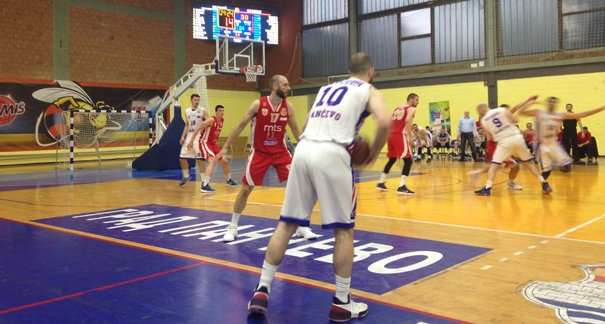 Nemanja Krstić was the score leader with 23 points, but also had 9 rebounds. Excellent was, also, Andreja Stevanović with 17 points, 8 rebounds and 7 assists. Nemanja Kapetanović added 19 points, while Miloš Milisavljević scored 14.

In the home team, Mladen Pavlović had 23; Filip Zekavičić, 17; and Đukan Đukanović, 11 points.

In Novi Sad, Vršac won 79 – 84 against Vojvodina and scored its first victory after two rounds, while Vojvodina lost both games (the first one was against Partizan in Belgrade).

Miroslav Pašajlić was the scoring leader in the winning team. He had 19 points, while Stefan Đorđević added 14. Danilo Ostojić scored 12, Miroslav Đetić and Stefan Momirov had 11 points each one and Stefan Mitrovica finished the match with 10 points.

In the home team, Kristof Bjelica and Dejan Janjić scored more than half points. The first one had 29, while Janjić added 23. No other player had double digit score.

The first half finished with a score of 50 – 49 for the home team. But it was an equal game in that part of the match. Both teams played very strong defense. The third quarter belonged to FMP and the team from Zeleznik had 3 points lead (69 – 72) before the last quarter. At the end Partizan celebrated with their crowd.

An excellent night had Nemanja Nenadić with 32 points, but that wasn’t enough because, at the end, FMP lost the game. Dragan Apić added 21 and Stefan Pot, 13 points.