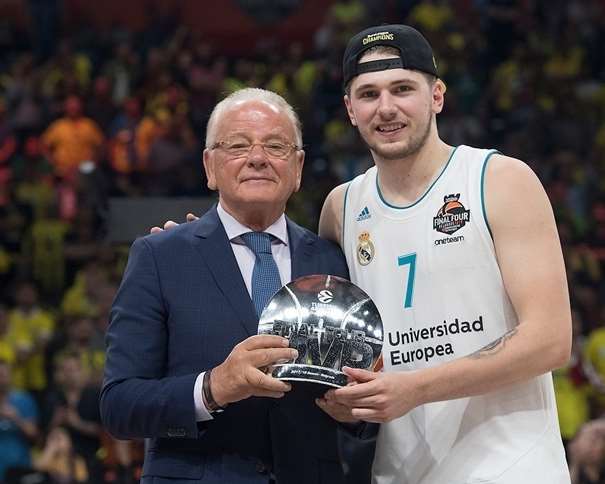 Zalgiris is third in Europe

In the game for the third place at the EuroLeague Final Four, Zalgiris won 77 – 79 against CSKA.

The game started with good play from both teams, and in the first half it looked like it would be one point game till the end. But the third quarter was excellent for Zalgiris that made 22 points difference before the last part of the game. And the last quarter belonged to CSKA, but the team from Moscow didn’t use their chances in the last minute. Also, Zalgiris saved two points difference.

The best scorers for the team from Kaunas were Vasilije Micic and Paulius Jankunas with 15 points each one. The Serbian guard also had 4 assists and 4 rebounds and the team captain, Jankunas, added 5 rebounds. Edgaras Ulanovas finished the match with 14 points.

In CSKA, Othello Hunter and Mikhail Kulagin scored 14 each one, while their teammate Cory Higgins added 12 points.

The first posession in the game for the third place was for the team from Kaunas. They didn’t made the basket at first but after the second possession. The teams were playing on the same level during the first five minutes and the result was 11 – 10 for CSKA. At the end of the quarter, Zalgiris was leading by 3 (19 – 22).

The player of the first half was, definitely, the Serbian guard Vasilije Micic, who scored 11 points with 2 assists and 2 rebounds. Cory Higgins, of CSKA, scored 10.

Zalgiris players were on fire at the beginning of the third quarter and after three minutes of that part of the game they were leading by 12 (37 – 49). The players from Moscow didn’t score anything for about 4 minutes, and 3 minutes before the beginning of the final quarter the score was 39 – 60 (El Chacho scored the first two points for his team). At the end of the third period the score was 48 – 69 for the Lithuanian team.

In the fourth quarter the domination of the team from Kaunas continued. CSKA tried to get close but Zalgiris played an excellent offense. Five minutes before the end, the score was 59 – 77. But, just after two minutes, the team from Moscow scored 6 points (65) and their opponent, none (77). And two minutes before the end, when it was 68 – 77, CSKA got back in the game. At little more than one minute till the end, Mikhail Kulagin scored 2 points and, then, CSKA was losing only by 5 (73 – 78). On 34 seconds till the end the Lithuanian squad was only leading by 2 (77 – 79), and the ball was for CSKA. And that was the final score of the first game on Sunday.

Before the game the head coach of CSKA, Dimitris Itoudis, said that his team need to play better than against Madrid in order to win the game.

“We can’t play like we did against Real, we need to play better defense. Zalgiris is a good team, as all of teams here in Belgrade are. We all know each other, and there is no big secrets how Zalgiris will play, but we have to play our game”, said Itoudis at media practice before the game.

The captain of Zalgiris, Paulius Jankunas, said that everyone in the team knew that they were outsiders but that they would try to win. And, at the end, they won. 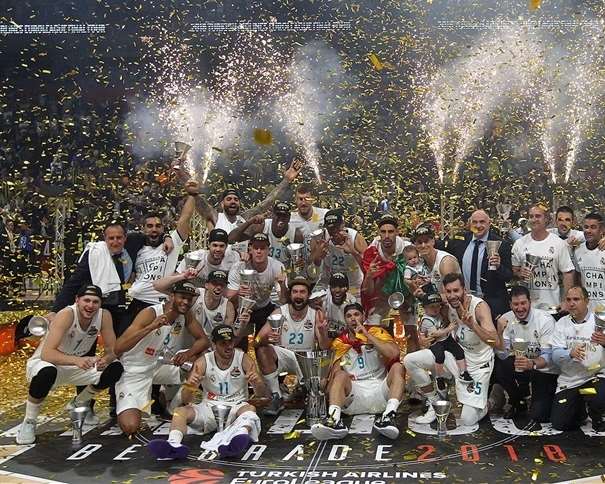 “We are not here just to be here. I hope we will play against CSKA with the same energy as against Fenerbahce, but with different outcome. We have great team, and excellent coach. He is amazing, I am glad he is our coach because he knows the game and knows the best approach for every player”, said Jankunas before he won the third place at EuroLeague Final Four in Belgrade.

Madrid became the champion of the 2018 EuroLeague Final Four after beating Fenerbahce in the big final with a score of 85 – 80 in the Stark Arena in Belgrade.

It was a fast game, both teams were running back and forth. The players from Madrid were shooting like crazy for three and that was probably the main reason they won the trophy. The third quarter was the key one, when Madrid made the difference and, even though the Turkish team tried to get back in the fourth, it wasn’t possible.

The best player in the match was Fabien Causeur with 17 points, 4 rebounds, 2 assists and 1 steal, while MVP of the EuroLeague and the Final Four Tournament, Luka Dončić, finished the game with 15 points and four assists. Trey Thompkins added 10.

In Fenerbahce, Nicolo Melli scored 28 points and 6 rebounds and Brad Wanamaker scored 14 with 5 rebounds. No one else had 10 or more points.

Fenerbahce opened the game aggressively but Madrid didn’t back down so after little more of 8 minutes of the game the score was 15 – 15. But Sergio Lull and company were scoring from the three point line at the very start. So, the team from Madrid finished the first part with 4 points difference (21 – 17).

In the second quarter Madrid was leading 27 – 22 after just 3 minutes of that part but both teams were scoring points and made the game more interesting for all the fans that were in the Stark Arena in Belgrade, Serbia. At one minute before the end of the first half the score was 35 – 37 because Wanamaker made both free point shots. Before that, he made one and missed one. But again Carroll made three points. This time, Sloukas, from Fener, responded with his three points shot for the score of 38 – 40 for the Turkish team. With that score the first half was ended.

After the first half Nicolo Melli, from Fenerbahce, scored 11 points. He was the only one on the court with double-digits score. In Madrid, Dončić had 6 points, and he was the best scorer of his team.

The third quarter belonged to Madrid, and, at the end of that part, was leading by 8 (63 – 55). Again, before the last quarter, Melli was the best scorer with 16 points, while Fabien Causeur, from Madrid, scored 15.

In the fourth quarter, when Fener had a chance to get closer, Vesely made unsportsmanlike fault against Dončić and put him on the free throw line. The young Slovenian made both, and after that, Carroll scored for three for the 10 points difference (71 – 61). Fener was breathing because of Melli, who made a three points shot for the score of 74 – 66 for Pablo Laso’s squad little more than three minutes before the end. One minute before the end Madrid was leading by 7 (80 – 73). And at 38 seconds before the end the score was 80 – 75 for Madrid. Ali Muhammed scored a three points shot 22 seconds before the end for the score of 81 – 78. The final score was 85 – 80.

After the game, the best player from the Turkish team, Nicolo Melli, congratulated Madrid on the trophy.

“I want to congratulate Real on winning the trophy, they deserved it. Before this game, we knew that winner will be the team that wanted it more”, said Melli.