You are here:
Limoges too strong for Partizan (@EuroCup) 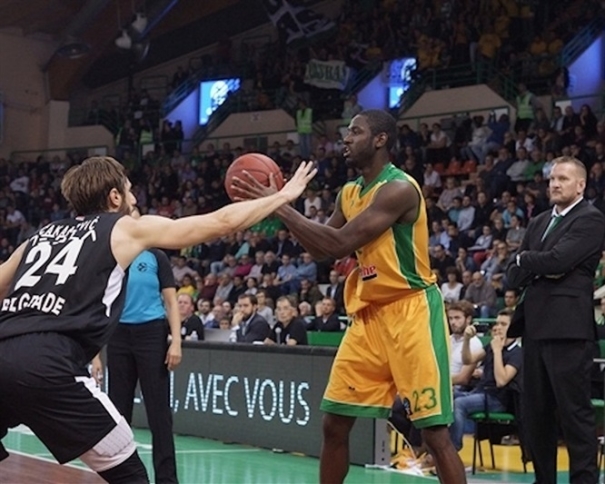 Limoges too strong for Partizan (@EuroCup)

Partizan Nis lost 92 – 83 as guest against Limoges from France, at Palais des Sports de Beaublanc in the fourth round of EuroCup.

Miroslav Nikolić’s squad wasn’t able to score second victory in European club competition and now they have 3 losses and 1 victory.

Axel Bouteille was best in Limoges with 21 points, while Mam Jaiteh posted 18 points and 7 rebounds, Danny Gibson scored 12, Conklin finished with 11 and Kenny Haynes finished the game with 9 points, 9 assists and 3 steals.

For Partizan, Patrick Miller was the best with 17 points and 5 assists, Nigel Williams-Goss had 14 points and 8 assists, Vanja Marinković also scored 14 and Strahinja Gavrilović added 10 points.

During the first half, home team had the advantage and the highest one was 7 points (33 – 26), but Partizan didn’t back down and two minutes before the end of the half squad from Belgrade scored for 39 – 39. In the end, Limoges had 6 points advantage after first two quarters (47 – 41). 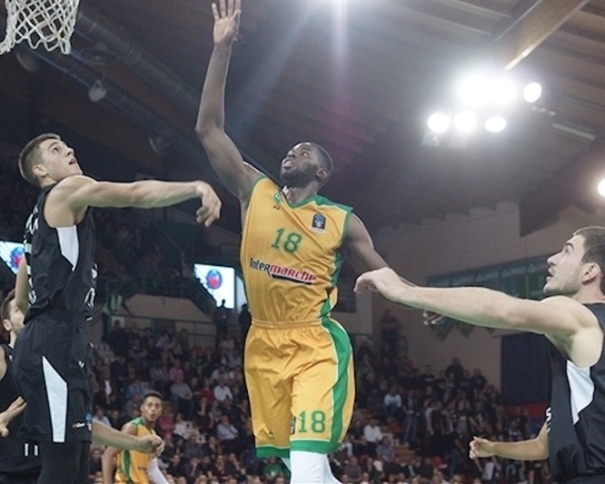 During the third quarter, French team had an advantage till the three minutes before the end when Partizan’s players Marko Čakarević and Gavrilović both scored key points and black and whites were leading by 2 (61 – 63). After those points, Limoges got back in the game very fast and finished the quarter with the score 71 – 68.

Fourth quarter was crucial for both teams, Limoges had double digits advantage (86 – 72) and Partizan lost their game so black and whites weren’t able to get back in game and only managed to lose with -9 (92 – 83).

After the game, the best scorer for Partizan, Patrick Miller, said that his team has to think about the next challenges in both leagues – ABA and EuroCup.

“In the first two quarters we played very aggressive, but Limoges managed to beat us. We have to forget this game because we have lots of important games in the near future”, said Miller.

In the next round, Miroslav Nikolić and his squad will host Russian team Lokomotiv Kuban, but before that game Partizan will face Red Star in the Round 7 of ABA League. Next challenge for Limoges will be game against Lithuanian team Lietuvos Rytas from Vilnus.