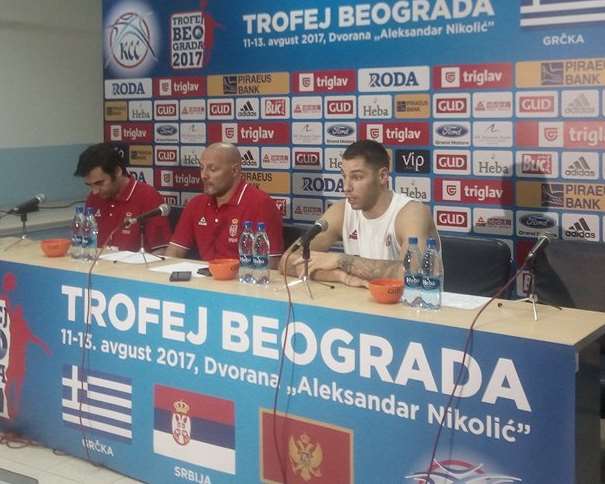 Last day of preparation tournament Belgrade Trophy Serbia won against Montenegro 82 – 71 in hall “Aleksandar Nikolić” and became the winner of the tournament. The best was Serbian shooting guard Bogdan Bogdanović.

Before this game, head coach of the national team Aleksandar Đorđević wanted tough game and against Montenegro he got it. Both team played good defence and all players showed how competitive they are, so people in the hall were able to enjoy in basketball.

Serbian team played without Miloš Teodisić, Nemanja Nedović, Nikola Kalinić, Marko Simonović and Miroslav Raduljica and in the first quarter that was a problem for Đorđević’s team because they didn’t respond to good shooting start of Montenegrin. But, when the team started to play solid defence, Tanjević’s team couldn’t score that easy as they did in the beginning.

The best player in winning team was Bogdanović with 25 points and 5 assists. Stefan Birčević followed him with 15 points.

In Montenegrin team Vučević scored 10 points and had 10 rebounds. The other player with double digits were Bojan Dubljević who scored 13, Nikola Ivanović 12 and Nemanja Đurišić 10 points.

After the match, coach Đorđević, who had his 60th game tonight as a head coach of the national team, was satisfied with the game. 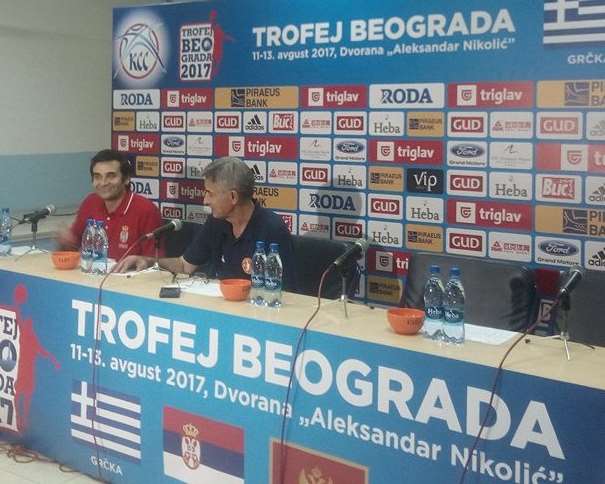 “We wanted game like this. Montenegro is young and powerful team, and it seems they are well prepared. They manage to impose their rhythm in the first quarter, while we played without energy. When we maximized our physical efforts and strengthened defence, we were then controlling the game. We played without seven players from the previous competition, and without Nemanja Bjelica. I want to praise the guys who fought well on the court, especially Milan Mačvan who played even though he had a high temperature”, said Đorđević.

Next step for the national team is a tournament in Germany from 18th till 20th August, but more important thing for the team is that Đorđević has to be able to count on those players who didn’t play tonight.

“Nikola Kalinić has problem with his back, Teodosić felt pain in his calf and Miroslav Raduljica is still questionable due to his knee injury. I am optimistic about Nemanja Nedović. Hi is filling better and his recovery is going as planned so soon he will start practicing. The healthiest on is Stefan Marković (player who say goodbye to the national team last summer), you saw him sitting in court seat watching the game”, Đorđević made the joke.

Montenegrin head coach Bogdan Tanjević in his known humorous style said that he is happy that his team won bronze in this competition.

“We played good defence tonight and we show lot of energy. My team isn’t afraid of anyone, but as I said after the match against Greece we still have to improve our game. I think that yesterday game Greece played against Serbia wasn’t showing the real power of the Hellenic team. They came here to check competition and they just gave as a sneak peek of what they are able to do. They didn’t want to show us everything”, said basketball legend Bogdan Tanjević.