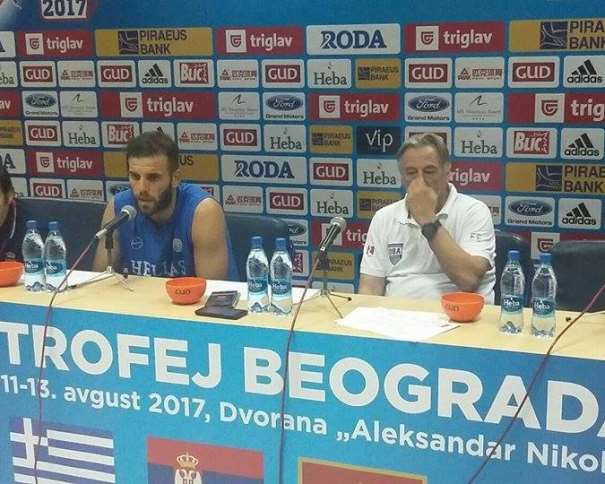 National team of Greece won 83 – 81 (+2) against Montenegro in Belgrade Trophy game opener. Hellenic team scored three of three in preparation period and for Montenegrin team this was the first check before Eurobasket, that starts on August, 31st.

Milwaukee Bucks small forward Giannis Antetokounmpo (20 points and 9 rebounds) was the best player in winning team, showing some amazing moves that proved how talented and incredible player he is. Nikos Pappas scored 17 points.

In the Montenegrin team, the best ones were Nikola Ivanović (with 22) and Orlando Magic’s center Nikola Vučević (18 points, 9 rebounds and 4 assists).

Both team played well and in the last seconds, Bogdan Tanjević’s team had opportunity to equalize the game, but they best scorer Ivanović missed lay-up and Dubljević (Valencia) couldn’t score before buzzer beater after rebound.

After the match, Montenegrin head coach Tanjević told that his team played with lot of energy but Greeks eventually surprised him.

“We had opportunity to win but they are strong team and we had lot turnovers. I hope we will reduce errors, they scored easy points. It was great basketball game, we played with lot of energy and the result is the least important thing”, said Tanjević.

Bojan Dubljević, who scored 10 points said that his team showed that they could play against everyone.

“I think we played great, since it is our first game after long preparation period. We showed that we could play against everyone and all we need to do is to continue to work further and raise the form in the next tournaments”, was all that Valencia’s player said. 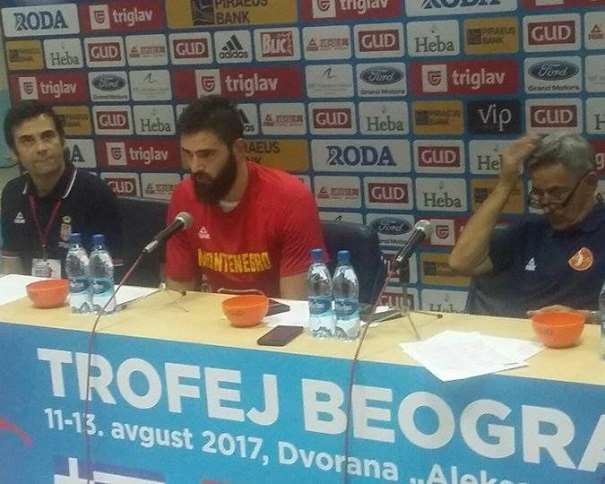 Nikos Pappas thinks that his team played well and that they tried things they practiced during preparation period.

“This was real preparation game. We wanted to show what we practiced during preparation period. We are very ambitious team and we want to achieve something good. Also, we are going to prepare for the next, more difficult game against Serbia”, said Pappas.

Greek coach Kostas Missas said that this was the first difficult game his team played so far.

“This was our third game, but first difficult in preparation period and we tried some things we practiced. We showed weakness in one on one defence, especially in low post game. My players have to work individually and as a team to improve all those things, because Montenegro won all these points from this area. I am talking about defence, because I think it is very important right now in preparation period. I am satisfied how we defend pick’n’roll game. And in offence, we have to move better, faster. We need to have better timing and to make better blocks. The power of this team is mostly counter-attack, where after the rebound we react as fast as possible. We can score a lot of points in counter-attack«, said Hellenic head coach and added that Giannis Antetokounmpo played today without practicing for six days.

“Today Giannis Antetokounmpo played and it was his first game and he spent six day without practicing. He was satisfying, but he is going to play against Serbia also. And my problem is that he will be absent from 15th till 20th next week. He is not going to be with us because he must be in China, with his NBA team, in tour”, said coach Missas.

The next game, Greece is playing against Serbia, on Saturday 12th at 9 p.m. and on Sunday Serbia will play against Montenegro also at 21:00.