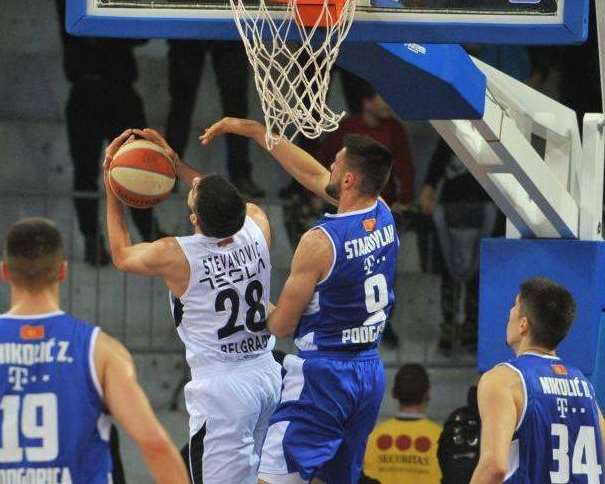 In a great atmosphere in Morača Sports Hall, Budućnost VOLI celebrated against Partizan NIS with a score 86 – 79 and remained the only team with one loss in ABA League after 10 rounds.

The game was exciting until the very last minutes when black and whites loss the strength and missed great opportunity to win against the best team in the league so far.

In Budućnost, the best player was Nemanja Gordić with 19 points and 5 assists, but he also had 5 turnovers. Danilo Nikolić added 16 points and 6 rebounds while Kyle Gibson finished the game with 13 points. 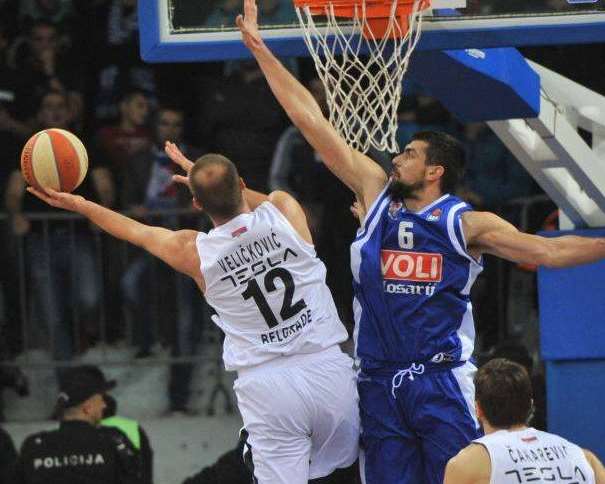 For Partizan, Patrick Miller scored 22 points with 5 rebounds and 4 assists, while Nigel Williams-Goss finished the match with 14 points and also 4 assists. Another player with double digits was Novica Veličković. Partizan’s captain scored 10 points.

In the first half, Budućnost dominated in every aspect of the game, and after 20 minutes the host was leading by 12 (55 – 43). Black and whites managed to come closer and with three minutes still to be played, the score was 79 – 77, but Budućnost then stepped up and went on a 7 – 2 run afterwards and scored another victory in regional league. Also, Budućnost VOLI was just too strong for Partizan NIS in rebounding and that’s what turned the game this way. Home team has outrebounded the black and white 34 – 24.

Now, Budućnost confirmed first place after this round, and Partizan need to start winning in order to accomplish the goal for this season – booking ticket for Play Offs in ABA League. Team from Belgrade needs to be one of the four best teams in the league during the regular season, and now is on fifth place with the same number of victory as is FMP, who is on the 4th place but also has one game less than Partizan.