You are here:
Serbia lost; Germany, 1st to the next round (@FIBA Qualifiers, @FIBAWC) 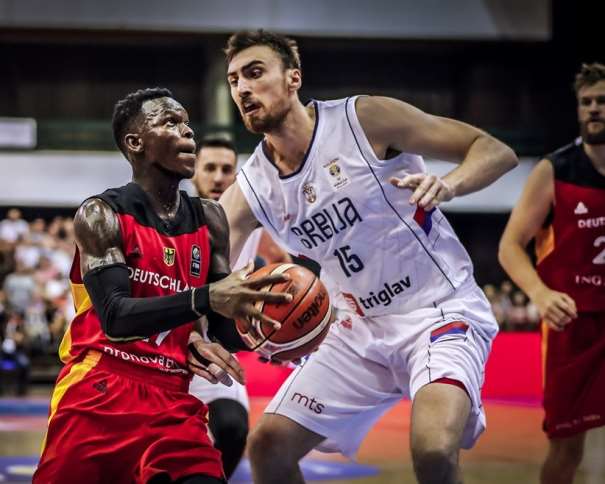 Serbia lost; Germany, 1st to the next round (@FIBA Qualifiers, @FIBAWC)

Germany goes to the next round of the FIBA World Cup 2019 in China qualifiers from the 1st position in the group G, as they, again, managed to take a win against Serbia (81 – 88). The fact is that Serbia, although they lost, played very well during the whole game. Serbia was constantly up, at one moment they even had +9 points, but the Germans managed to melt down the difference during the second half. Comparing to a very focused start, when the team of Aleksandar Djordjevic was leaving it all on the court, they just couldn’t find their play in the 3rd and the last 4th quarter, what made the space for the excellent Germans to react, wake up, and show their own, very good skills. Dragan Milosavljevic brought in some amazing energy, while Boban Marjanovic added some super fun points, that put the atmosohere in Novi Sad 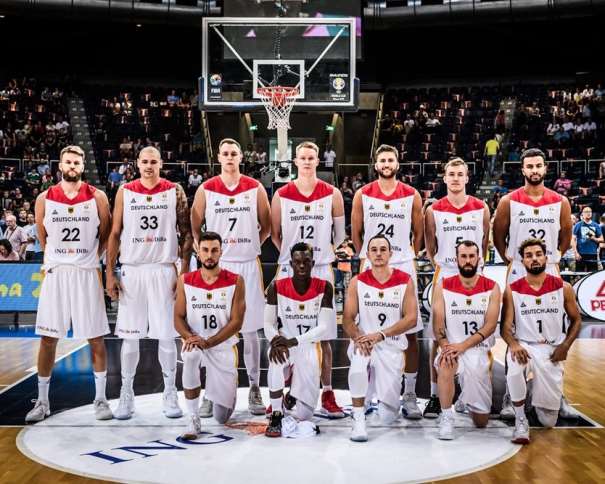 How big importance the game that will be played today between the national teams of Serbia and Germany has, tells the fact that all the tickets were sold out! The full venue in Novi Sad is ready to face the most important game in the group G, which is likely to decide the new (or old) group leader. Germany is now leading the group with 5 wins and none lost. The team of Aleksandar Djordjevic, the team of Serbia, has one loss only, and exactly was defeated by Germany, but that was the road game for them. That is why Serbia is looking forward to this match, as the fans and true basketball lovers not only are ready to enjoy beautiful plays, but also to support their team, to be that wind in the back of the hosts. Many problems the hosting team has been facing lately, now were updated, 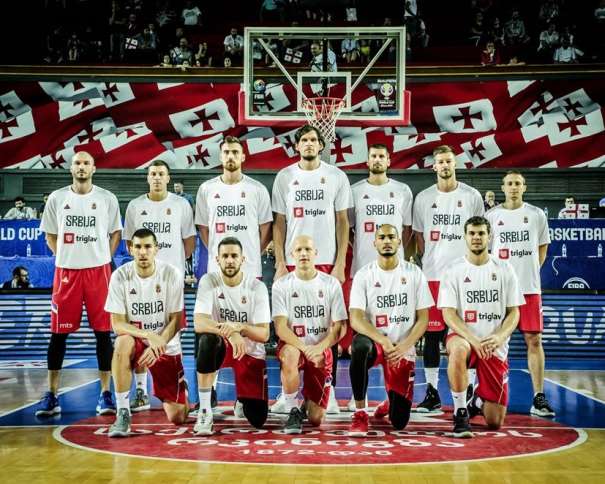 The game played yesterday in Georgia turned out to make more happy the guest team, than the hosts, team Georgia, since Aleksandar Djordjevic led his players to an important win (50 – 87). The leader of the game was the amazing Dejan Todorovic, scoring 24 points, five rebounds and six assists. Powerful appearance made Boban Marjanovic, as well. Even though, the coach, Aleksandar Djordjevic, was a little bit insecure about his play since he had a lack games, he still turned out to be an important cog for this selection of players, and force, experience and knowledge they needed. The favorite player of Partizan Belgrade fans and ex captain of that team, Dragan Milosavljevic finished the match with 15 points, six rebounds and four assists, while the guy who just sign with Efes BC, Vasilije Micic, contributed with 11 points, seven rebounds and the same number of assists. He had 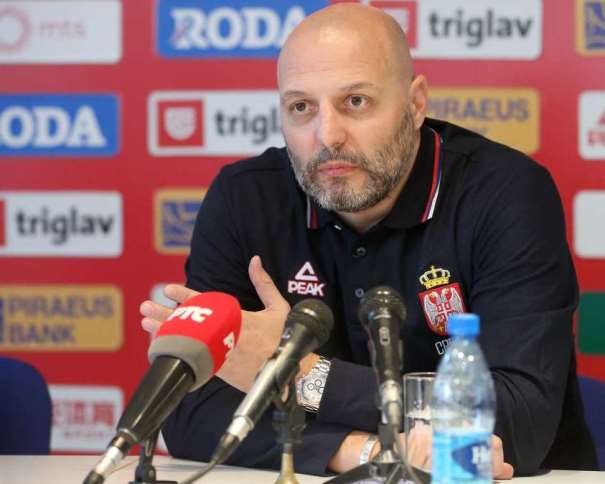 The temperature inside the teams is rising up (@FIBA Qualifiers, Third Window)

By Sladjana Petrović in FIBA (World), FIBA Europe
1 year ago
0

As the 3rd Window games are coming closer, the teams are facing up some last moment bad or good news. Some of the players that the national team selectors counted most on, eventually, turned out not to be available for this round of qualifications games for the basketball World Cup 2019 in China. The Eurobasket 2017 Turkey fnalist and vice champion, Serbia, also has the same obstacles. Even thou, Aleksandar Djordjevic put some big names on the list, a big part of them is out of the roster due to injures and contract issues. Miroslav Raduljica, teammates from Fenerbahche Marko Guduric and Nikola Kalinic, and Vladimir Lucic are still injured (although there are still tiny chances for Vladimir Lucic). Milos Teodosic is expecting to get the new contract things done in the close future, and until then is also out of the squad. The latest name thet was crossed, unfortunately, 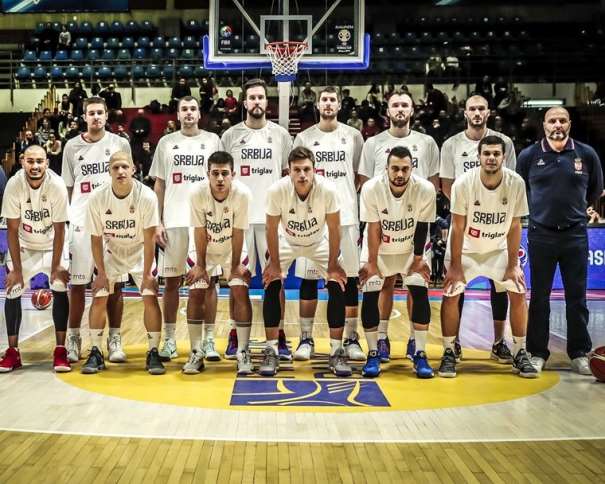 Serbia Got Horses for All the Courses (@FIBA Qualifiers)

Serbia played it’s second WC qualification game in Belgrade, 2 days ago, on November 27th. Georgia and Tskitizhvili opened the gane with 2 points shot and closed the first quarter with the lead. Serbian player Ilija Djokovic made three points shot little less than 1 minute before the end of the quarter for the even 21. In the second quarter Serbia were leading till four minutes before the end, when Georgia first got really lost on the court and then took the lead, all thanks to Dixon’s three in a row three points shots. Also, at the end of the quarter Dixon made two points for a final result of 44 – 45 for Georgia. Exactly Michael Dixon was the best player with 23 points after first half (4 of 7 for three pointers), 4 rebounds, 4 assists and 2 steals. For Serbia, the best scorer was Miroslav Raduljica with 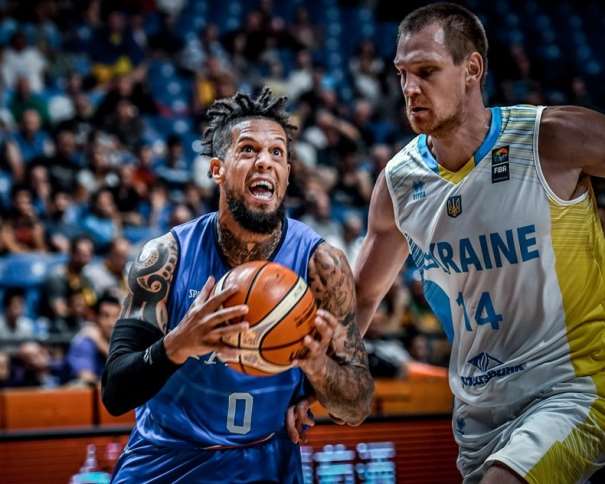 Little would have anyone expected it just a week before, but it’s Italian national basketball team the leader in the group, beside traditionally excellent Lithuania. The Greens faced up some «problems» just the days before the official start of the EuroBasket, since the big man Donatas Motiejunas had to leave the squad and make his way to Houston in order to be present when his girlfriend was giving the birth to their son. The hurricane delayed his come back as the air traffic was much affected by the problems it caused. However, he managed to rejoin the team for the first game in Tel Aviv Arena, although it wasn’t enought to grab the first position after three games played. It was Ettore Messina’s team who managed it. The Italians with 2 wins and 1 loss (and the best point difference) are the first ranked, before the teams of Germany, Lithuania

The last game-day of the Acropolis International Basketball Tournament was opened by the game between Georgia and Italy. Georgia was to ensure the first points during the second minutes of the game. Right after Italy came with the tight defence to takeover the lead. No team played easy with team of Georgia, although the first star of the team, NBA champions, Zaza Pachulia was out off the roster this time as well. He was also questionable for the upcoming EuroBasket, but finally, he made all his fans in Georgia happy announcing his attendance. They showed very strong team spirit and called the ‘flight’ on the court. The passion for einning didn’t skipped over Italians either. All the spectators could tell the upcoming EuroBasket is just round the corner by shown up during the game. Very smart Italian defence opened up the road to the basket that Azzurri materialised almost every 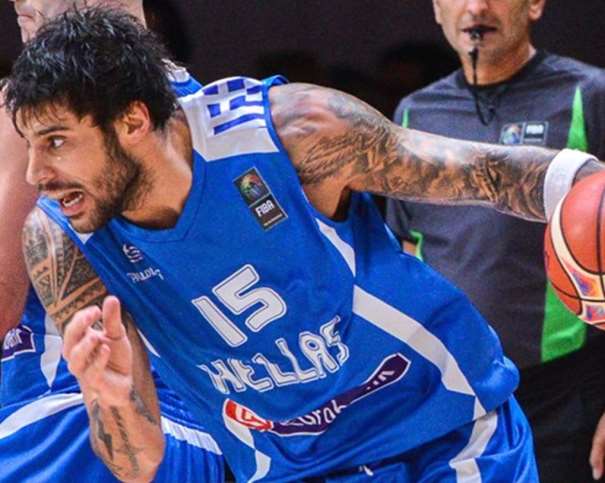 Host win in the pocket for the meeting with Serbia (#EuroBasket2017)

Second day of the Acropolis International Basketball Tournament (Acropolis of Athens Basketball Tournament, Acropolis Basketball Cup, Greece) the host team of Greece sized up with Italian national team. As the first day, when played against Georgia, Georgios Printezis started the match very well, ending up the first half with 13 points. He was leading his team to the two points lead (33 – 31, half time). On the other side, Luigi Datome enrolled seven points. The second half just started, but Greek players showed some good defense stopping the ‘white’ team (Italian national team was wearing white equipment for this game) to score, two times on the row. Daniel Hackett, ex Olympiacos player, was better with rebound but his team couldn’t bring value to that ball and making it trough the basket. Another show time by noone else but Printezis for ensuring equal to 41. Greeks didn’t let advantage from 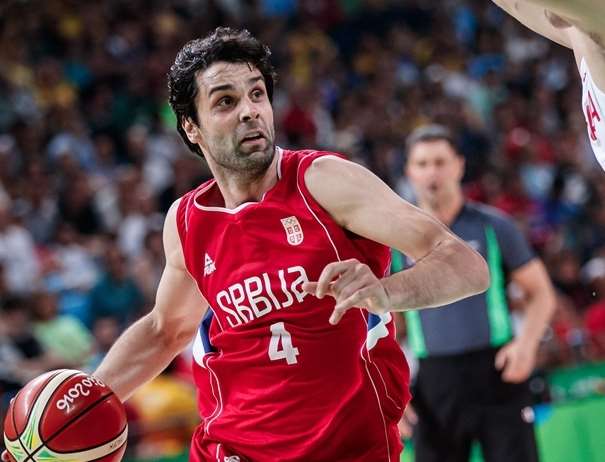 The Trophy of Belgrade 2017 winner was known last Sunday after Serbian national team defeated neighbour Montenegro to secure the third win in a row and got extra motivated for furthure preparation tournaments. Although not all of the teams participated could get the trophy, surely they Have managed to get the clear picture of themself and upgrade the things that maybe not been working so well on the court. That is exactly what warming up games are for, and therefore, coaches are trying to mix and fix it all up. Fix it, as not all of the teams are complete yet. Some of the players, as Giannis Antetokounmpo skipped the second game of the tournament. The NBA all-star player couldn’t help his teammates as he complained to the coach about the pain felt. Not only that (he missed the second game of the Belgrade tournament), but also he is not 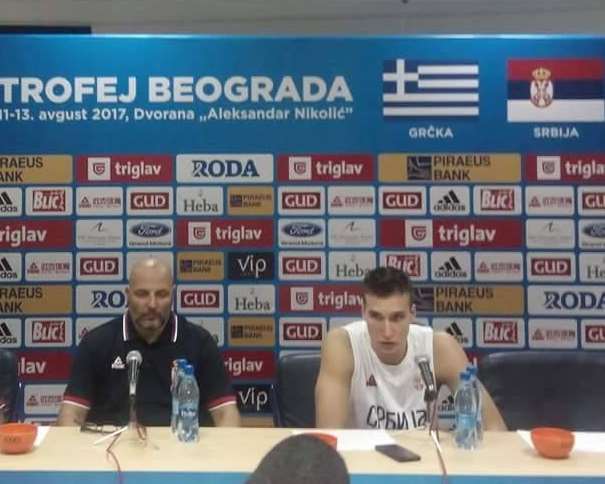 Even though the basketball lovers and fans expected it to watch the derby game of the Belgrade Trophy tournament, it turned out to be an easy piece for the Serbians who totally overplayed Greek team. The final score was 93 – 61 (+32). The Greeks opened the match. Pappas tried to end up when was blocked but after Bogdan Bogdanovic missed the basket Olympiakos player Georgios Printezis, captain of the guest team pointed. After Papanikolaou stole the ball Jovic made his first fault and right after him Vladimir Lucic faulted Georgios Printezis. Tough fight with many contacts was seen, but eventually Serbia got the ball so Ognjen Kuzmic, the new Madrid center, made a mini show by dunking over Greek defense for fist points for Serbia (2 – 2). Stefan Bircevic added 2 points right after for the first lead of the hosts. Another one amazing steal for Serbia used