You are here:
Shock therapy without any effect, @PartizanBC lost again (@EuroCup) 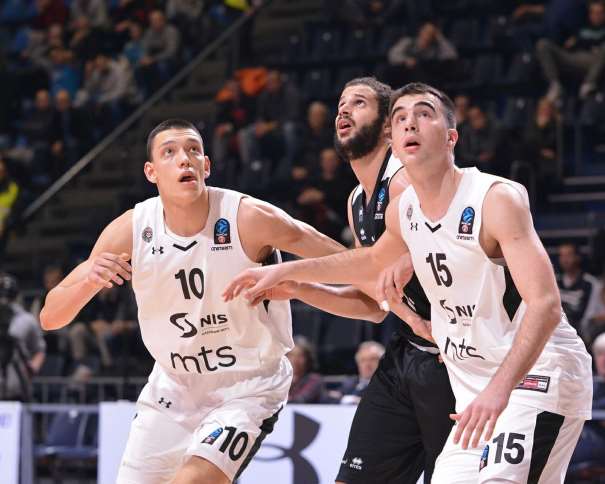 Partizan lost on home court (“Aleksandar Nikolić” Sports Hall) in the 8th round of EuroCup against Bilbao Basket with the result 67 – 83.

Black and whites, before this game lost their head coach Miroslav Nikolić, who got fired due to series of losses during the season. But changing the coach wasn’t a wakeup call for Partizan’s players because they lost again in front of their own crowd.

During the first half, players of Partizan NIS were showing some energy and they played well even though they were losing. That energy escalated in the third quarter, the only one Partizan won (19 – 15), and the game was promising before the last part.

In the fourth quarter black and whites players lost their game, and allowed opponent to end the game in the calm manner. Everyone could see that black and white players didn’t have strength to play 40 minutes at the same level, and maybe that is the main problem of Belgrade team this season. Players are not ready to face their opponents all 40 minutes because in most of the games, 4th quarter was the hardest one for black and whites.

The best scorer for Bilbao was Lucio Redivo with 20 points, while Ricardo Fisher scored 12 and Axel Hervelle finished the game with 11 points. 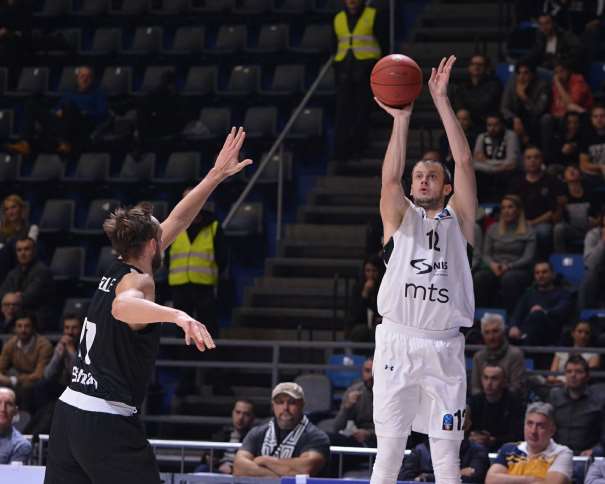 In Partizan, Nigel Williams-Goss finished the game with 18 points, 8 rebounds and 5 assists. American player and the captain Novica Veličković were the only two players who scored double-digits points. Veličković added 13.

After the game, Aleksandar Matović, who replaced Nikolić during this game said that his team tried to play aggressively during this match.

“We tried to play little bit aggressively than usual and in the first three quarters result show that we were successful, and we had 10 – 0 when we managed to take the lead. But fourth quarter prevailed the game, we lost our aggressiveness and allowed opponent to score 30 points”, said current head coach of Partizan.

Board members in Partizan decided who will replace Muta Nikolić, and the new coach will be Nenad Čanak, last year’s assistant coach of Aleksandar Džikić in black and whites squad. He will debut in ABA League’s game against MZT Skoplje this Saturday in Belgrade.