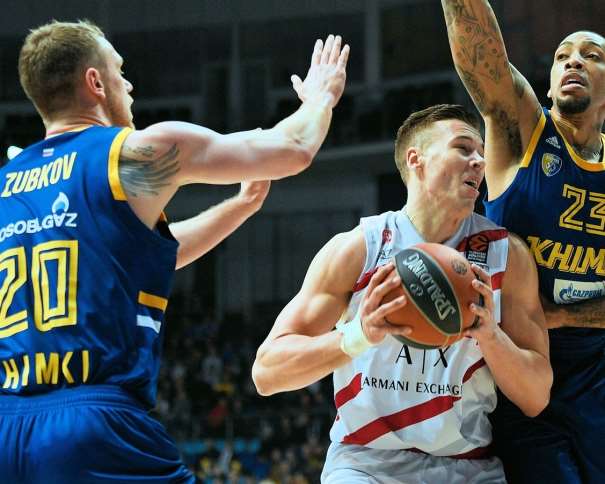 In the EuroLeague Round 24 first evening, Milan won 88 – 90 against Khimki in Russia; Fenerbahce beat Efes with a score of 84 – 66; Maccabi won 77 – 58 against Darussafaka; Baskonia, 80 – 73 against Zalgiris and Panathinaikos prevailed against Gran Canaria with a score of 80 – 99.

In the first match of the round, the crowd in the Arena Mytishchi was able to watch an excellent game between Khimki and Milan. Even though it was a great game to watch, at the end, the home team fans were disappointed due to the fact their team lost with a 2 points difference (88 – 90).

The Good news for the Russian fans were the fact that Alexey Shved was back in action after he has recovered from an injury. Shwed finished the match with 23 points and 11 assists for an index rating of 29. But the Italian team ruined his night and scored its 13th victory in the fight for a Playoffs spot with only 6 rounds till the end of the Regular Season.

In Khimki, besides an excellent Shved, three other players had double digit points: Malcolm Thomas, who scored 17 points with 8 rebounds (index rating of 20); Tony Crocker and Charles Jenkins, who added 15 points each one of them. Crocker had an index rating of 17 and Jenkins of 15.

In Turkey, in Istanbul, Fenerbahce was hosting Efes in another Turkish Derby and won with an 18 points difference (84 – 66). This was the 21st victory of Željko Obradović’s squad, while their main opponent in the national league has 15 wins and 9 losses in the EuroLeague. 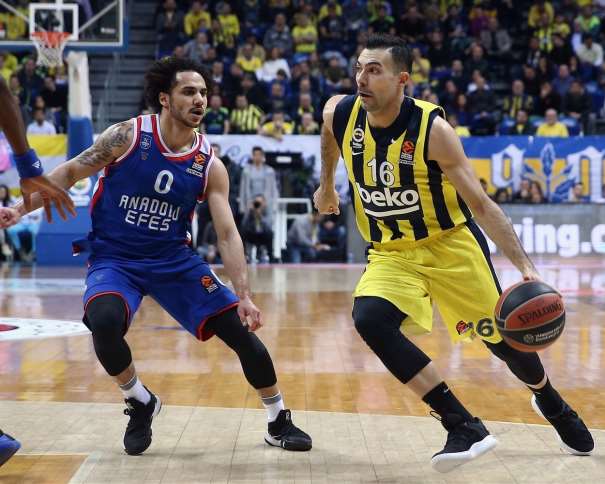 For now, after the first night of the Round 24, Fenerbahce is on the first position with 21 wins and it will remain once the round will be completed because CSKA and Madrid had 18 wins (these 2 teams still didn’t play this week round).

Efes has 15 wins and for now is at the fourth place but the Turkish club still didn’t qualify for the Playoffs (only Fenerbahce, CSKA and Madrid are qualified). Milan is on the 6th place for now with 13 wins and 11 losses, while Baskonia has 12 wins and the  same number of defeats and, for now, is on the 8th position.

Maccabi, after the win against Darussafaka has 11 victories and 13 losses and is on the 10th position with a chance to fight for the Playoffs, while the Turkish team has no chance. Darussafaka is on the last position with only 3 wins and 21 defeats.

The last team that played in the 24th round first night is Gran Canaria. The ACB squad has 6 wins and 18 losses and is on the 15th position for now, right before Darussafaka