You are here:
@PartizanBC didn’t have energy to surprise Berlin (@EuroCup) 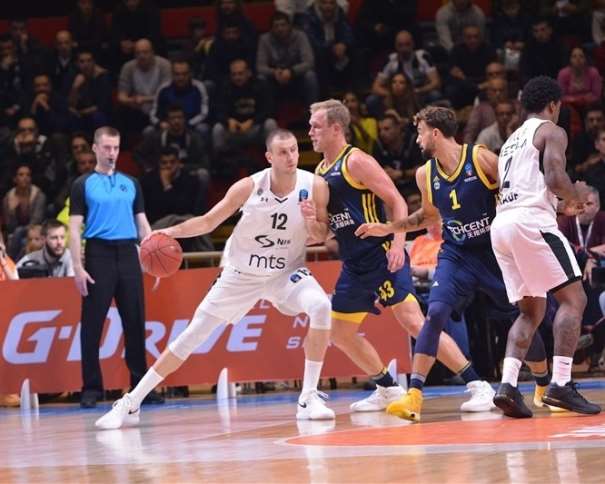 Yesterday night Alba Berlin won 80 – 96 against Partizan in Belgrade, in “Aleksandar Nikolić” Hall in the round 6 of EuroCup.

While Berlin started hitting two shots points, Partizan started the game with two three point shots. Both teams played slow basketball in the first quarter and the result at the end was 19 – 21 for the guests.

In the second quarter, the team from Germany slowly stated to lead and about 6 minutes till the end they were leading by 10 (26 – 36), after Stefan Peno’s three points shot. Partizan’s coach Miroslav Nikolić had to call a time out and after the quick break black and whites responded and got back in the game. But again, guests managed to use the lack of strength in Partizan’s defense and first half ended with 40 – 54 for Berlin.

In the first half, best scorer in German team was Marius Grigonis with 15 points, while Dennis Clifford scored 12. Only one player in Partizan had double digits points, Vanja Marinković, who scored 12 points (2 three point shots and 3 two point shots).

Third quarter was similar to the second one, black and whites were chasing guests from Berlin, but guests managed to lead by more than ten points and at the end the score was 58 – 73. 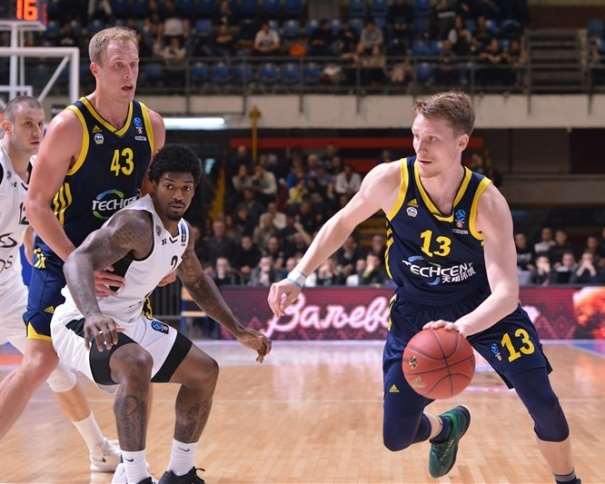 Nothing new happened in the last quarter, Partizan didn’t play defense at all. Black and whites before this match, and in this game they continued with no defense. The end result was 80 – 96 for guests.

After the match, head coach of German team Aíto García Reneses mentioned that he was satisfied with a victory.

“We didn’t play as we planned. We had lots of ups and downs during the game, but I am satisfied with the vitctory», said García Reneses and then answered the question about Stefan Peno, who is on Aleksandar Đorđević’s list for World Cup Qualification Tournament.

“He is talented player and he improved his game a lot. But you all know that he is talented, he played for younger in Barcelona. I am satisfied with his game because he smartly uses his minutes in the game”.

“No one knows to play defense in my team. And all players want to score. We had a meeting before this game and we agreed on one thing in defense, but on the court they were playing totally different thing. But I am giving everyone a chance to play, especially our young players. During my whole coaching career I was giving a chance to younger players. But these guys aren’t ready to play in Europe. We have to be realistic. We don’t have a team for Europe. Because lots of these guys never have had a chance to play defense in some serious competition like EuroCup is. They have energy, I have to mention that but they are not able to play defense and offense at the same time, to run like you have to run in these games», said “Muta” and added abour Rade Zagorac, Serbian player who is maybe going to be new player in the team.