You are here:
@EuroCup: Partizan without any chance in Berlin 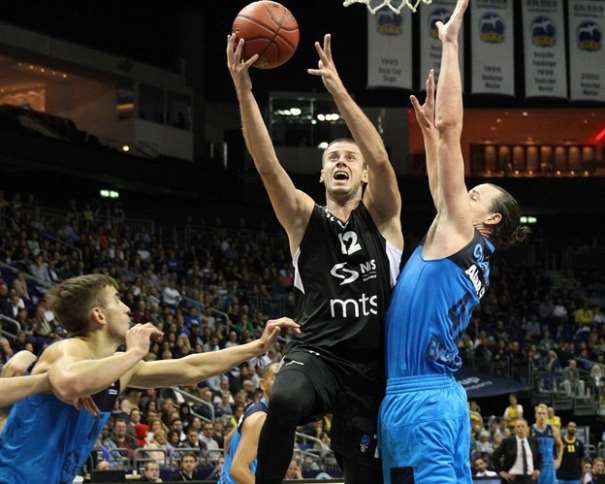 @EuroCup: Partizan without any chance in Berlin

In the first quarter black and whites had advantage 3 – 4, and that was the last time they had any advantage. Team didn’t play defense at all and in attack they were without any chance and without any solution.

German team played their game all the time, they were scoring from every position and at halftime they scored 57 points. In the end, the difference almost had been 30 points.

The best scorer in Partizan BC was Nigel Williams-Goss with 22 points while 15 added both Vanja Marinković and Patrick Miller. In Alba, Spencer Butterfield finished the game with 24, Luke Sikma with 19 and Serbian basketball player Stefan Peno with 15 points.

At the beginning Williams-Goss scored two baskets and it seems that Partizan will play a good game, but soon after black and whites started to make a lot of mistakes and allowed their opponent to score easy baskets and to lead 12 – 4. Partizan was able to get back in the game and Alba was leading 14 – 10 when game was stopped due to problems with semaphore and both team had to rest 10 minutes in order for problem to be fixed. 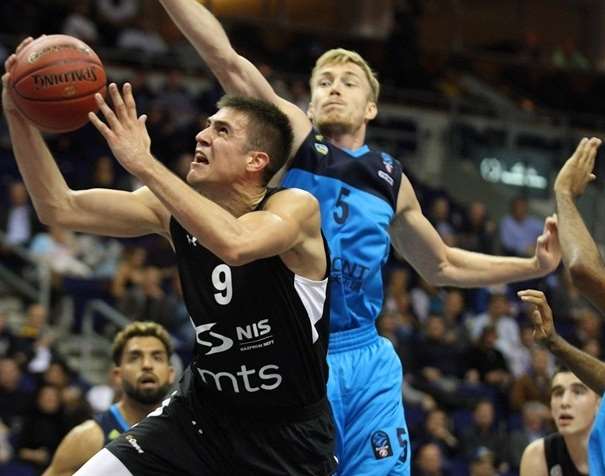 When teams got back on the floor, Alba’s player Butterfield scored 7 points in a row and helped host to get first double digits lead in the game (23 – 12). Miller and Marinković helped Partizan to get back to -6, but in the end score was 30 – 21.

After the small break, Germans started to play more aggressive and after 5 minutes in second quarter they were leading by 20 points. After that Partizan tried to get back in the game and Marinković, Miller and Veličković helped the team to get closer to Alba, but they stopped when Germans where leading by 13, and the second quarter was finished with score 57 – 39 for team from Berlin.

In the second half, Alba only had to save the advantage, and Partizan help a lot because they didn’t have a strength to attack and they were trying to get close but weren’t able to play good defence. Partizan was attacking but Alba was saving their 15-20 points advantage and at the very end Miroslav Nikolić’s team was defeated completely. In that moment crowd started to cheer for home team, and players were scoring easily so the score was 111 – 85.

In the next round, on October 18th, Partizan NIS will host Lietuvos Rytas Vilnius who also lost in the first round of the EuroCup against Bilbao Basket (93 – 83).